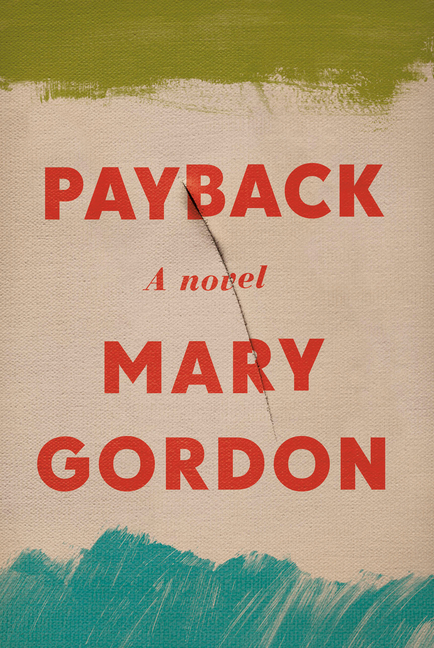 Meet Quin Archer, the revenge-loving queen of the reality-TV show Payback. Unbeknownst to her many fans, Quin was once an angry teen named Heidi, whose true story may be known only to Agnes, her art teacher at a private New England girls' school in the 1970s. When Agnes suggested Heidi visit the Museum of Modern Art in New York City, the girl returned with a disastrous account of assault. Agnes's stunned response will haunt both women for decades.

What The Reviewers Say
Rave Ellen Akins,
The Washington Post
This is recognizable territory for Mary Gordon, who is expert at creating characters of clear moral, intellectual and what might be called aesthetic goodness — then testing that goodness in a clarifying, often life-altering way. In some ways, Gordon’s familiar conception of the novel is the real character being tested in Payback, as a sensibility attuned to the nuances of truth and beauty finds itself in the harsh, ugly light of the reality TV show that our world is inexorably becoming.
Read Full Review >>
Positive Heller McAlpin,
Los Angeles Times
There’s plenty of eloquent brooding and lavishly expressed guilt in Payback too. But by setting up a clash of cultures and values between a decorous art teacher and the difficult student whose life she is convinced she ruined with a careless knee-jerk reaction, Gordon has produced her most topical and propulsive novel to date ... Gordon makes it evident early on that her narrative is headed for a showdown. We keep turning pages to find out how this long-awaited clash of the crass and the meek will play out ... Gordon’s target isn’t just the insidious tenor of so much of what counts for entertainment these days. What she has set up in this clash of cultures and values is the 'heroism of good manners' versus the brutality of a world ... Gordon makes it clear how high the stakes are in this battle for decency.
Read Full Review >>
Positive Francine Prose,
The New York Times Book Review
... morally complex ... In the work of another writer, Agnes’s and Heidi’s inability to move past that single confrontation might strain our notions of verisimilitude. At times the reader may question the persistent force of Agnes’s guilt...Our skepticism may grow as Heidi/Quin, frustrated in her attempts to denounce and destroy Agnes on live TV, resorts to a campaign of harassment only somewhat less extreme than Glenn Close’s boiling the pet bunny in Fatal Attraction ... What’s striking is how little it matters, because Mary Gordon isn’t, strictly speaking, a naturalistic or realistic novelist, but rather a moralist, by which I don’t mean moralistic ... Agnes fits right in with the thinkers, ascetics, crusaders and seekers who have populated Gordon’s fiction and nonfiction — books about Joan of Arc, Thomas Merton and Jesus. Agnes and Heidi are soldiers in an ongoing struggle. The conscientious and the unscrupulous have always been at war, and there is no indication that the conflict is ending.
Read Full Review >>
See All Reviews >>
SIMILAR BOOKS
Fiction

The Hare
Melanie Finn
Positive
What did you think of Payback?
© LitHub | Privacy