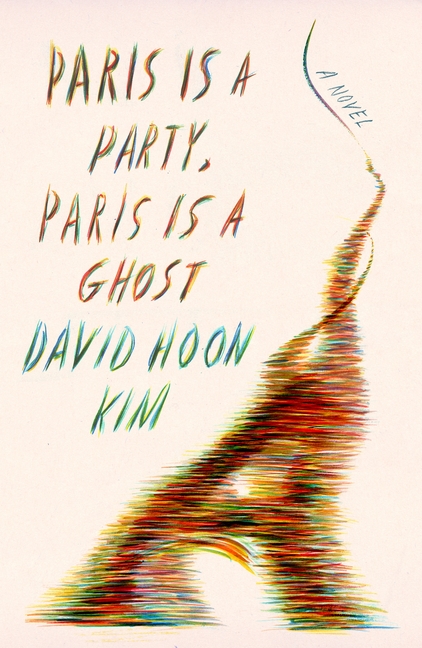 In a strangely distorted Paris, a Japanese adoptee is haunted by the woman he once loved. When Fumiko emerges after one month locked in her dorm room, she's already dead, leaving a half-smoked Marlboro Light and a cupboard of petrified food in her wake. For her boyfriend, Henrik Blatand, an aspiring translator, these remnants are like clues, propelling him forward in a search for meaning. Meanwhile, Fumiko, or perhaps her doppelgänger, reappears: in line at the Louvre, on street corners and subway platforms, and on the dissection table of a group of medical students.

What The Reviewers Say
Positive Doug Battersby,
Financial Times
...haunting and surreal ... Vividly drawn characters...burst into the plot, only to disappear without trace ... With a confidence rare for a debutant, Kim trusts readers to make the connections between the novel’s seemingly disparate scenes and to attend to the ripples that hint at turmoil just beneath the tranquil surface of Henrik’s prose ... Though Henrik’s social isolation is partly a product of his position as an ethnically Asian man in an overwhelmingly white culture, Kim’s novel remains a powerful exploration of universal feelings of loneliness and of profound disconnection from others ... Paris Is a Party, Paris is a Ghost, with its patchwork plot, otherworldly visitations, and high-wire performance of a tonal flatness that just fails to conceal the anguish beneath will likely try the patience of some readers too far. Those willing to immerse themselves in its mysterious and forlorn landscapes will be amply rewarded by this startlingly original debut.
Read Full Review >>
Positive Dave Kim,
The New York Times Book Review
...it can be tempting to read Paris Is a Party, Paris Is a Ghost as an immigrant’s tale, a doleful, beautifully written study of the confused yearnings and scars of exile. But the identity crisis here is deeper, roiled by the universal, often doomed impulse to imbue meaning where it no longer exists ... the narrative starts to wander, though confidently, like a tour guide trying not to show that he’s moseyed off route, and one might complain that the whole book is not quite a novel but a collection of tangents, auspicious starts ... Imperfect and meandering, but full of meticulously rendered thinking, Kim’s telling is a fine way out.
Read Full Review >>
Positive John Gu,
Chicago Review of Books
Although billed as a novel, Paris is a Party, Paris is a Ghost is actually best read as a trilogy of novellas that take place at different periods in Henrik’s life and which explore his love for three different women ... A fairly long period of Henrik’s life is covered in the novel, roughly the same period it took Kim to write the book. This makes it inevitable that the passage of time should be one the novel’s central themes ... This in-and-out structure of the story is not uninteresting, and a patient and generous reader might find in the book something of the charm of the Up! documentary series in which the audience returns to the same group of people at years-long intervals throughout their lives, seeing how they’ve changed ... Perhaps the most remarkable thing about the book is the way in which Kim’s voice has stayed constant throughout the novel’s long gestation. Kim is an excellent sentence-level writer, eschewing both floweriness and over-simplicity. He treads lightly, but there are never any missteps, and his intelligence shines through in the easy flow of his prose ... yet, I had difficulty connecting emotionally with Kim’s story or any of his characters. Perhaps it’s the influence of Hemingway ... There is indeed a great deal of sorrow in this book. I just wish Henrik had expressed more of it sooner.
Read Full Review >>
See All Reviews >>
SIMILAR BOOKS
Fiction

The Escapement
Lavie Tidhar
Rave
What did you think of Paris Is a Party, Paris Is a Ghost?
© LitHub | Privacy