Panic in a Suitcase 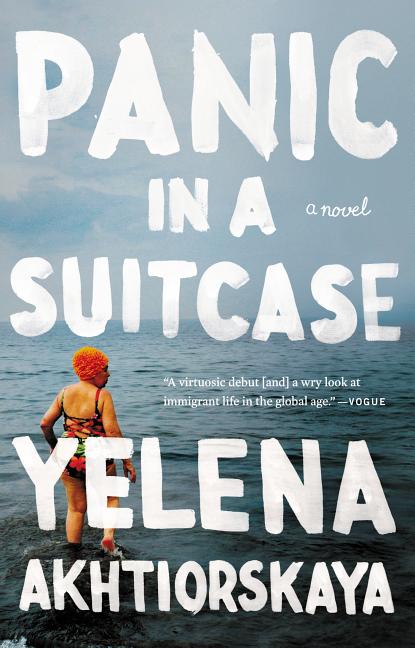 Having left Odessa for Brighton Beach, Brooklyn, with a sense of finality, the Nasmertov family has discovered that the divide between the old world and the new is not nearly as clear-cut as they had imagined. With the collapse of the Soviet Union, returning is just a matter of a plane ticket, and the Russian-owned shops in their adopted neighborhood stock even the most obscure comforts of home. Pursuing the American Dream once meant giving up everything, but does the dream still work if the past refuses to grow distant and mythical, remaining alarmingly within reach?

What The Reviewers Say
Rave John Williams,
The New York Times
Though the book leans on autobiography...it has been transformed into the kind of fiction that is richer than real life. Whatever personal details she has marshaled have been charged with consistently imaginative language and great verve ... The book wears its deeper insights about belonging lightly. We’re told that Esther’s 'allegiance was foremost to humor,' and the same could be said of Ms. Akhtiorskaya. Comparisons to Gary Shteyngart are inevitable, but Ms. Akhtiorskaya is less antic, her satirical vision of domestic life gentle at its core ... Panic in a Suitcase is composed of leisurely episodes, but Ms. Akhtiorskaya’s prose keeps the pace moving as quickly as any suspenseful plot could. On every page, she writes about people and things with close attention.
Read Full Review >>
Rave Ron Charles,
The Washington Post
Her first novel, Panic in a Suitcase, is equal parts borscht stew and Borscht Belt — an immigration comedy that can’t tell whether it’s leaving or coming to America ... Her prose retains a Slavic accent and sense of humor pickled in Eastern European endurance ... Written as a comic corrective to those dynamic rags-to-riches tales, Panic in a Suitcase is skimpy with plot ... In place of some carefully developing story, Akhtiorskaya delivers a series of scenes and irresistibly grotesque character studies ... One wonders if Akhtiorskaya hasn’t descended from some unacknowledged Russian branch of Kingsley Amis’s family ... Akhtiorskaya’s genius is her ability to throw off observations that sound — if they weren’t so witty — like lines from a folktale.
Read Full Review >>
Positive ANITA FELICELLI,
Pop Matters
There are certain novelists whose powers of observation are so acute, you barely notice that their characters' inner lives are illuminated mostly through their actions in relation to others and the world. You only occasionally glimpse a character's internal thought process—everything is surfaces and relationships ... Nothing goes unnoticed in the world of her novel, and nothing is sacred ... The novel's plot is fairly thin, but Akhtiorskaya's spectacular voice and uncanny ability to spot the absurdity in everything compensate for this ... Akhtiorskaya renders Pasha, particularly how he moves through the world, in exquisite detail ... The story skates over the surface of the characters' lives, often choosing the pleasures of bleak, slightly exaggerated humor over emotional depth, but the author hits homeruns on every page of the novel with her clever insights about family dynamics and immigrants.
Read Full Review >>
See All Reviews >>
SIMILAR BOOKS
Coming Soon

Cult Classic
Sloane Crosley
Rave
What did you think of Panic in a Suitcase?
© LitHub | Privacy