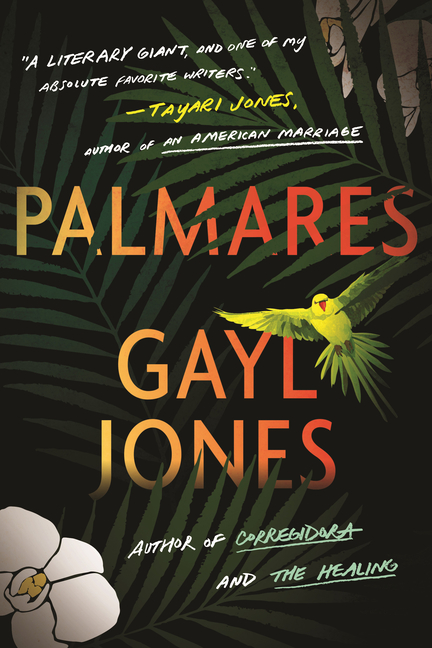 What The Reviewers Say
Rave Yara Rodrigues Fowler,
The Guardian (UK)
Almeyda’s journeys to and from Palmares are winding and wild, and so is Jones’s writing ... If you try to read the book over a weekend, you may find yourself overwhelmed. Palmares is a grand epic, in the west African and Afro-Brazilian oral traditions, to be savoured in parts, night after night ... Jones doesn’t romanticise Palmares, which had a governance structure based on that of contemporary west African states ... Palmares takes us to a key moment in the invention of race and gender. Almeyda repeatedly asks what a 'woman' is, revealing, through her encounters, the influence of unstable constructs such as race. Jones’s narration is similarly fluid, moving with beauty and abundance between meticulous documentation and surrealism, singing with Portuguese and Indigenous words and phrases ... reinvents 17th-century Black Brazil in all its multiplicity, beauty, humanity and chaos. It is a once-in-a-lifetime work of literature, the kind that changes your understanding of the world.
Read Full Review >>
Rave Robert Jones Jr.,
The New York Times Book Review
Surrounding Gayl Jones is an aura of violet light ... Palmares is an odyssey, one woman’s search first for a place, and then for a person ... Jones writes in ancestral tongues, shifting between languages, going from dialogue to dream-speak, fever to prophesy, sometimes midsentence ... This book takes patience. Time sometimes stretches, sometimes collapses in on itself ... Jones’s writing is most potent when it blends the ethereal and the corporeal, as if it comes from some celestial place ... Her oracular integrity comes into question, however, when she introduces characters who are lesbian or gender nonconforming. ... What can explain these scenes? They are filtered through Almeyda’s eyes, and we learn early on that on the plantation, Almeyda has been raised Catholic, presumably to believe homosexuality is a sin ... Mercy, this story shimmers. Shakes. Wails. Moves to rhythms long forgotten. Chants in incantations highly forbidden. It is a story woven with extraordinary complexity, depth and skill; in many ways: holy ... The story ends not exactly in medias res, but on a beat that begs continuation. This feeling of masterpiece-in-and-as-process is deliberate, and genius.
Read Full Review >>
Mixed Hilton Als,
The New Yorker
The marvellous thing about the new novel, Palmares, is that Jones here allows women to get close without trying to destroy one another. Those feelings, however, still emerge under the dreadful cloud of oppression ... the women of color in Palmares have so little that they can share with their casual or brutal assaulters—to talk back is to court death. But Almeyda has the language of her mind, which is filled with fascinating observations ... The connection between Luiza and Almeyda feels forced at times—Jones’s attempts at magical realism in Palmares are more dispiriting than they are transporting—and one’s patience wears thin with the introduction of yet another significant character, especially one who embodies the virtues of silent womanhood and maintains a knowing, almost supernatural distance. Editing is a delicate process, and part of the job entails listening for what the author cannot hear. Reading Palmares, I thought of Toni Morrison, the editor who helped Jones become an author. Morrison often read with a pencil in hand; in the margins of this book, she might have jotted, 'I hear you, but it’s missing something. How about a bit more life?'
Read Full Review >>
See All Reviews >>
SIMILAR BOOKS
Fiction

Appleseed
Matt Bell
Positive
What did you think of Palmares?
© LitHub | Privacy