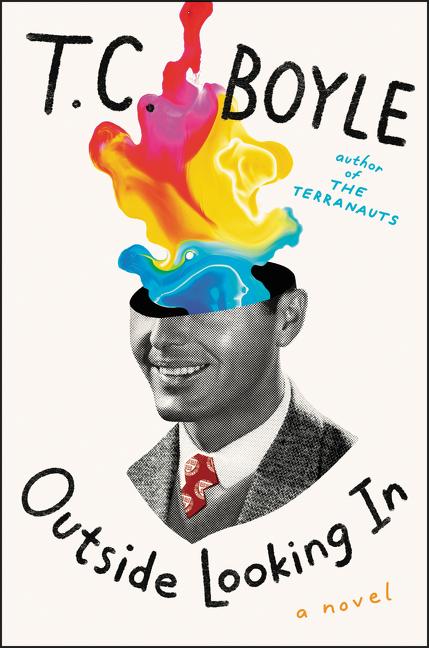 T.C. Boyle takes us back to the 1960s and to the early days of a drug whose effects have reverberated widely throughout our culture: LSD.

What The Reviewers Say
Positive Ron Charles,
The Washington Post
... we can feel Boyle’s censorious attitude pumping through these pages like a naloxone drip. That’s not to say that Outside Looking In is one long buzzkill, but it is a farce laced with tragedy: the story of a good man’s increasingly tortuous moral gymnastics ... There’s plenty of zany comedy here — including a poo-flinging monkey and a sombrero from which Leary picks the names of sex partners like some kind of libidinous predecessor of the sorting hat in 'Harry Potter.' The humor, though, is tempered by the damage that Leary wreaks on Fitz and his family ... This is a superbly paced novel that manages to feel simultaneously suspenseful and inevitable ... Yes, it’s a drag, man, but any enlightenment that comes from a pill isn’t worth having. Better to get high on a good book.
Read Full Review >>
Rave Joseph Peschel,
The Brooklyn Rail
... [Boyle's] best work since Drop City ... With his usual irony, pity, and a sense of humor that ranges from slapstick to sardonic, Boyle portrays a time when the American beatnik age is withering and about to be replaced by the emerging-hippie culture, and jazz is giving way to rock ’n’ roll ... As you might imagine, Boyle’s story is a page-turner. It would take an absolute hack to write a dull a novel about sex and drugs. That’s not to slight Boyle who captures the period perfectly. He’s done his research on drug research, and he doesn’t fill his characters mouths with a lot of the slang of the day ... fraught with innate irony and humor.
Read Full Review >>
Positive James Penner,
The Los Angeles Review of Books
Although Boyle’s novel is set in the early 1960s, it feels fresh because there have not been so many LSD-centered works of literature ... ambitious in the sense that it provides a genealogy of the early days of LSD ... not simply about the joys of expanded consciousness; it also explores the unforeseen perils of liberation ... Much like Nathaniel Hawthorne’s Blithedale Romance, Boyle’s novel is an affectionate satire of the utopian impulse and psychedelic culture. Boyle’s representation of the LSD experience steers wide of sensationalism (his characters do not try to fly or jump out of five-story windows) ... offers a rejoinder to the slogans of the 1960s.
Read Full Review >>
See All Reviews >>
SIMILAR BOOKS
Fiction

Small World
Jonathan Evison
Positive
What did you think of Outside Looking in?
© LitHub | Privacy