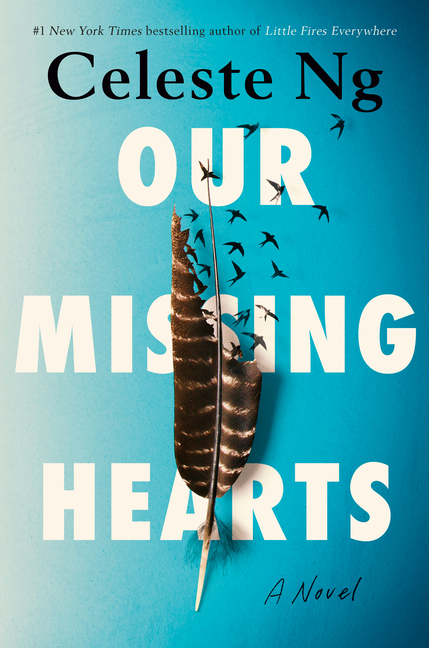 Twelve-year-old Bird Gardner lives a quiet existence with his loving but broken father. For a decade, their lives have been governed by laws written to preserve "American culture" in the wake of years of economic instability and violence. To keep the peace and restore prosperity, the authorities are now allowed to relocate children of dissidents, especially those of Asian origin, and libraries have been forced to remove books seen as unpatriotic—including the work of Bird's mother, Margaret, a Chinese American poet who left the family when he was nine years old. Bird has grown up disavowing his mother and her poems; he doesn't know her work or what happened to her, and he knows he shouldn't wonder. But when he receives a mysterious letter containing only a cryptic drawing, he is pulled into a quest to find her.

What The Reviewers Say
Positive Stephen King,
New York Times Book Review
Celeste Ng’s dystopian America is milder [than other dysopias], which makes it more believable — and hence, more upsetting ... Firmly written and well executed ... Because Ng’s storytelling is so calm — serene, almost — the occasional explosions of violence are authentically horrifying ... I won’t give away the splendid conclusion of Ng’s book; suffice it to say, the climax deals with the power of words, the power of stories and the persistence of memory ... There are peculiar lapses that must be noted. Covid-19 doesn’t exist in Our Missing Hearts, although there can be no doubt that the pandemic has given rise to dark conspiracies having to do with Wuhan Province ... Ng likewise ignores social media ... Ng succeeds in spite of these occasional blind spots, partly because her outrage is contained and focused, and mostly because she is often captivated by the very words she is using.
Read Full Review >>
Rave Valerie Miner,
The San Francisco Chronicle
... suspenseful ... Ng unflinchingly depicts acts of racism, family fragmentation and the violence seamed into American identity. Ng’s book is also an homage to librarians who are the vanguard of resistance to PACT ... Ng excels at narrative tension and at mustering readers’ fear and outrage. Bird emerges as an authentic boy; other characters are sketchier. The plot relies on coincidence. And on improbabilities: How did Bird’s very young parents afford a three-bedroom house in Cambridge, even in a depressed market? ... Nevertheless, All Our Missing Hearts is both a powerful reflection and grim augury. PACT evokes documented abuses of the Homeland Security Act and the Patriot Act. Ng is warning of further censorship, family separation and targeted murders. Like George Orwell, Margaret Atwood, Kazuo Ishiguro and Octavia E. Butler, Ng pays close enough attention to write tomorrow’s headlines.
Read Full Review >>
Rave Terry Hong,
Booklist
So much of this utterly stupendous tale is hauntingly, horrifically, historically, currently all too real, from removing and caging children to anti-Asian hate crimes, violent protests, police brutality, and despotic (so-called) leadership. Yet Ng creates an exquisite story of unbreakable family bonds, lifesaving storytelling (and seemingly omniscient librarians!), brilliantly subversive art, and accidentally transformative activism. As lyrical as it is chilling, as astonishing as it is empathic, Our Missing Hearts arguably achieves literary perfection.
Read Full Review >>
See All Reviews >>
What did you think of Our Missing Hearts?
© LitHub | Privacy