Our Kind of Cruelty 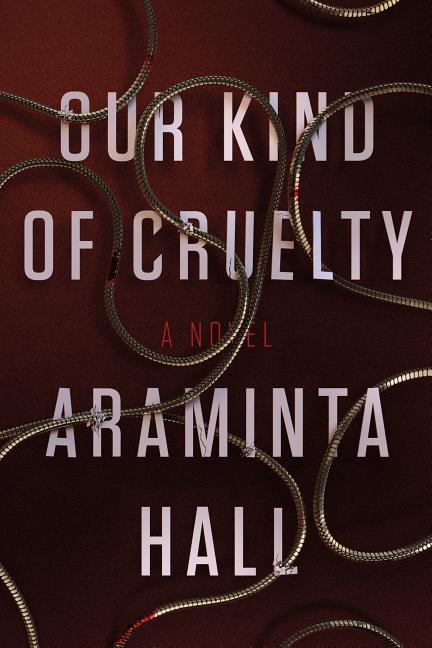 A psycho-sexual thriller about a wealthy couple, Mike and Verity, whose relationship is built on a game in which Verity allows herself to be semi-seduced in a bar in order that Mike should appear at a crucial moment and rescue her. When Verity falls for someone else, Mike becomes increasingly unhinged and delusional.

What The Reviewers Say
Rave Debbie Meldrum,
Criminal Element
A spellbinding, darkly twisted novel about desire and obsession ... Therein lies the suspense and, may I say, horror in this story. Told from Mike’s point of view, we can’t tell if he’s telling the truth or what he thinks is the truth. If this had been a movie, I would have covered my eyes many times. Yet, just when I thought I knew what was going to happen next, the author surprised me. Seems I can’t read minds either. And that is a good thing when it comes to reading this thriller.
Read Full Review >>
Rave Barry Forshaw,
The Financial Times
Hall’s considerable achievement here is to keep the narrative persuasively within Mike’s consciousness. The accumulating tension of the novel leads to a high-profile trial in which both protagonists are in the dock. While the orchestration of suspense is masterly, Hall’s real agenda becomes apparent in a feminist subtext: the way in which female desire is judged more harshly in modern society.
Read Full Review >>
Mixed Patrick Anderson,
The Washington Post
Our Kind of Cruelty proceeds to events that are horrid, often improbable, but certainly dramatic. ... Therein lies the novel’s problem: the characterization of Mike. The man is beyond delusional. He’s bonkers, certifiable. It’s hard to accept that someone smart enough to be a high-powered bank executive would be so utterly irrational in matters of the heart ... Personally, I don’t think there are many men around as deranged, daffy and dangerous as Mike. Still, I’ll grant that some women readers may find him more credible than I do. Love is strange. And, it is said, men, too.
Read Full Review >>
See All Reviews >>
SIMILAR BOOKS
Fiction

Before She Disappeared
Lisa Gardner
Rave
What did you think of Our Kind of Cruelty?
© LitHub | Privacy