Orphans of the Carnival 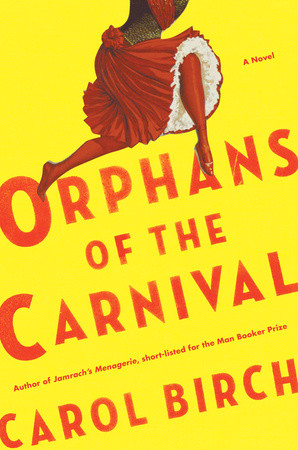 The story of a woman with a rare medical condition, branded a freak from birth, who becomes an international sensation but longs for genuine human connection.

What The Reviewers Say
Mixed Erin Kogler,
The Milwaukee Journal Sentinel
Birch’s novel does more than tell the story of a woman and performer, it brings to light the dangers of exploitation and dehumanization. With great sensitivity and compassion, Birch reclaims Julia Pastrana’s humanity ... the challenge with Birch’s story is that it is tied to the reality of Julia’s existence. She was exploited and controlled throughout her rather short life, and never really breaks free. The problem of writing about travel, performance, and being stuck in a house or on a train is that it’s a lot of the same story, and it grew tedious at times. There was also a contemporary element to the novel that felt superfluous.
Read Full Review >>
Mixed Suzi Feay,
The Financial Times
In plot terms, Birch has little leeway since she must stick to the historical facts. If readers can resist looking Pastrana up on the internet before finishing the novel, they will be rewarded by the sort of bizarre twist that can happen only in real life ... The brief sections concerning Rose are not particularly successful — although figuring out how the two stories will eventually conjoin provides a frisson of suspense ... However enjoyable and moving, the novel in the end doesn’t totally convince, perhaps because Julia remains a cipher.
Read Full Review >>
Mixed Clare Clark,
The Guardian
Birch has clearly done her research and the novel sticks closely to Pastrana’s real-life story. But, although Birch writes beautifully and creates some wonderful moments, the narrative never quite takes off ... Meanwhile, the modern-day thread that runs through the book proves a distraction, its connection to the main story coming too late to make sense of its inclusion.
Read Full Review >>
See All Reviews >>
SIMILAR BOOKS
Fantasy

The Falcon's Eyes
Francesca Stanfill
Positive
What did you think of Orphans of the Carnival?
© LitHub | Privacy