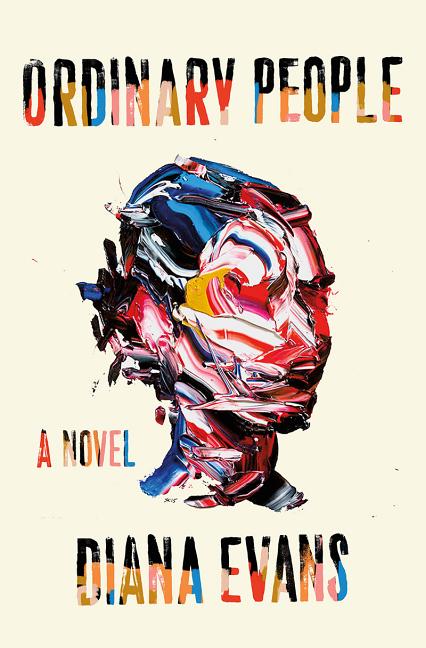 A novel about of two middle-class black couples struggling through a year of marital crisis in 2008.

What The Reviewers Say
Rave Arifa Akbar,
The Guardian
If Ordinary People is about compromise, it is also about how we live today and, refreshingly, Evans shows this through the prism of black and mixed-race identities, conjuring an urban milieu that is middle-class and non-white ... the soap-opera trajectory of Evans’s Ordinary People has a movie quality. It could easily be reimagined for the screen, though the film would not capture the sheer energy and effervescence of Evans’s funny, sad, magnificent prose.
Read Full Review >>
Positive Shahidha Bari,
The Financial Times
But the agony of ordinary life is also what makes Ordinary People an absorbing read. Evans gives us an entirely believable account of relationships, recognising how they defeat us, encircle us and leave us gasping for air ... Evans presents a sympathetic and smartly satirical portrait of metropolitan-minded thirtysomethings, as they come to terms with their thwarted youth and wilted ambitions ... The fact of race is always there in the novel — Melissa, Michael and Damian variously reflect on their heritage — but there is something radical in how Evans depicts the ordinary lives of young black people, faithfully, fully and quietly.
Read Full Review >>
Mixed Jennifer Reese,
The New York Times Book Review
Diana Evans’s third novel, Ordinary People, begins with a glamorous London bash celebrating the 2008 election of Barack Obama. It’s a dazzling opening scene studded with the sharp observations at which Evans excels, bringing to vivid life a capacious social world while simultaneously commenting on it ... Ordinary People doesn’t turn out to be the big, meaty social novel that the first pages promise, but a rambling, smallish drama of domesticity and its discontents ... Alas, readers may be less beguiled by [protagonist] Melissa, the linchpin of this novel, than the other characters seem to be ... Searching, dissatisfied women have traditionally made fascinating heroines because they’ve challenged stultifying cultural scripts. But the most intriguing character in Ordinary People isn’t Melissa, chafing at constraints and looking for someone to blame. It’s cleareyed Stephanie, who has surveyed the options, chosen her life and accepted its limitations. Initially, her 'aptitude for contentment' seems less seductive and mysterious than Melissa’s restlessness. By the end of this novel, it seems far more so.
Read Full Review >>
See All Reviews >>
SIMILAR BOOKS
Fiction

A Shock
Keith Ridgway
Rave
What did you think of Ordinary People?
© LitHub | Privacy