Orchid and the Wasp 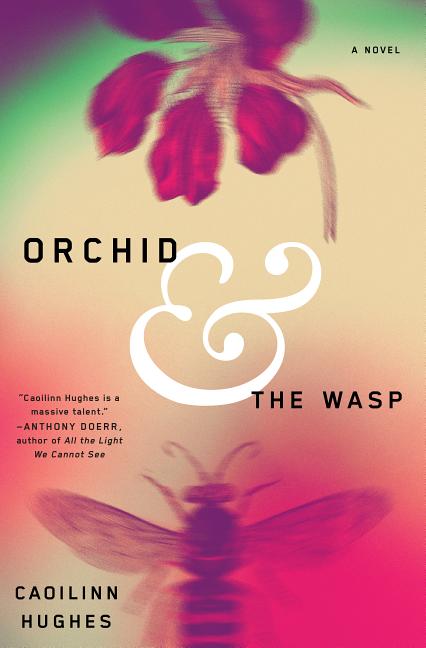 A language-driven debut novel from Irish poet Hughes. Gael Foess, daughter of a self-interested investment banker and a once-formidable orchestral conductor, and sister to a vulnerable younger brother, strives to build a life raft in the midst of economic and familial collapse. Moving by wits alone, she cuts a swathe through the leather-lined, coke-dusted social clubs of London, the New York gallery scene, and the birth-throes of the Occupy movement.

What The Reviewers Say
Positive Bert Wright,
The Times (UK)
Caoilinn Hughes’s highly ambitious fiction debut contains multitudes. In fact, it’s so multitudinous that it’s hard to know where to start. What is it? Bildungsroman? Picaresque? Novel of ideas? State of the nation critique? Philosophical treatise? Cultural literacy primer? In truth, it’s all of these and then some; the quintessential 'baggy monster' of a novel, even at a modest yet action-packed 337 pages ... Less a carefully plotted novel, more a series of loosely connected escapades, it has faint echoes of Donna Tartt’s The Goldfinch, which also features rococo plot variations, singular protagonists and skulduggery in the art world ... Poet-novelists have a tendency to overelaborate linguistically and, for all the swing and flow of Hughes’s bravura prose, there are passages which are overwritten to the point of self-parody ... Still, I predict that most readers are going to love her.
Read Full Review >>
Positive Poornima Apte,
Booklist
...[a] visceral and electrifying debut ... Gael’s ruthless manipulations make her a memorable character, but her fire, uncharacteristically, fizzles out toward the end. The novel also loses pacing as it lingers a tad too long on the Occupy Movement, and its somewhat neat and sappy ending doesn’t quite meld with the story’s early energy. Nevertheless, in Gael, Hughes has created a mesmerizing and compelling force.
Read Full Review >>
Positive Harvey Freedenberg,
Shelf Awareness
...the novel showcases Hughes's talent as both a shrewd student of character and an astute observer of contemporary life ... Whether it's Gael's improbable, hilariously dismissive admission interview at London Business School, her caustic take on three young Master of the Universe types during an evening of partying or her frightening experience at the Occupy Wall Street encampment in Zuccotti Park in 2011, Hughes persuasively portrays some of the obstacles facing a modern young woman who decides to take on the world armed with little more than her wits and noble intentions ... [a] refreshingly honest novel.
Read Full Review >>
See All Reviews >>
SIMILAR BOOKS
Fiction

The House of Fortune
Jessie Burton
Mixed
What did you think of Orchid and the Wasp?
© LitHub | Privacy