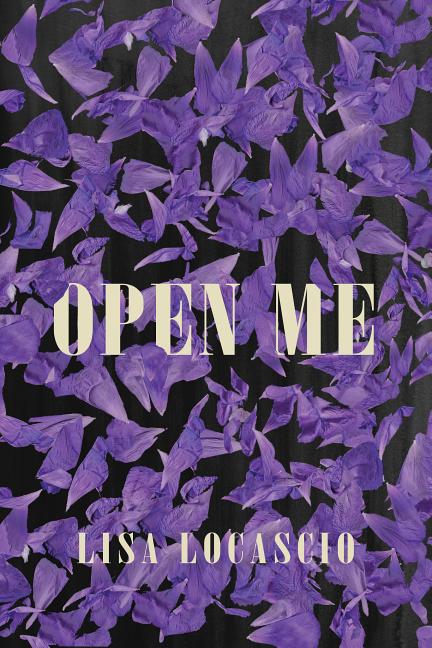 A political and erotically-charged debut novel that follows a young American woman's transformative journey during one pivotal summer abroad in Denmark.

What The Reviewers Say
Rave Ilana Masad,
NPR
Young women occupy a perilous space in the world: Their bodies are desired, their youth fetishized, and they're simultaneously placed on a pedestal and reviled as maddeningly seductive ... It is against the grim backdrop of this reality that Lisa Locascio's debut novel, Open Me, shines so brightly ... Locascio manages in this novel to critique white supremacy and false tolerance while also celebrating a young woman's sexuality and her right to it — a difficult, and often joyous feat that marks her as a remarkable author to keep your eyes on.
Read Full Review >>
Rave Julie Buntin,
The New York Times Book Review
Locascio is a lovely, imagistic writer, and she’s especially exquisite on the female orgasm, evoking a purple smoke that becomes a motif ... Open Me spends nearly as much descriptive time on mucus, crotch odors and the grime that accumulates in the creases of an unshowered body as it does on the violent beauty of sex—a choice perhaps even more daring than the novel’s nuanced exploration of a teenage girl’s sexual imagination ... Though the framework is familiar, Open Me explodes clichés of female sexuality. On sex and love, it feels transgressive.
Rave Arianna Casabonne,
ZYZZYVA
... a politically charged and erotic story that fearlessly tackles race, xenophobia, and female sexuality ... the novel seethes with passionate descriptions of both sex and emotions. It shamelessly details something often hidden and rarely discussed –– female sexuality in its rawest form ... With careful observation and lush details, Locascio distills the experiences of the body and the pleasure sex brings, which become an important means through which Roxana feels alive. Daring and flawless in her depiction, Locascio locates the desire at the root of this sensuality ... Open Me is an intimate story of self-discovery in a foreign land. Laced with politics and sexuality, Locascio’s novel plumbs a deeper place of love and understanding, toward oneself and others.
Read Full Review >>
See All Reviews >>
SIMILAR BOOKS
Fiction

Milk Fed
Melissa Broder
Rave
What did you think of Open Me?
© LitHub | Privacy