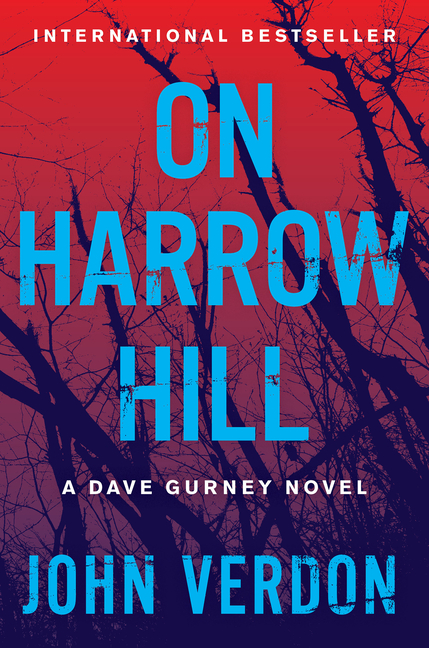 In Verdon's latest mystery featuring former NYPD detective Dave Gurney, the affluent town where Gurney has retired—Larchfield, NY—is rocked to its core when Angus Russell, its wealthiest and most powerful man, is found dead in his mansion on Harrow Hill. Gurney is called in to investigate the series of murders that follow as Larchfield loses its collective mind.

What The Reviewers Say
Rave Doreen Sheridan,
Criminal Element
... it was thrilling to encounter the knotty intellectual problems at the heart of John Verdon’s latest Dave Gurney mystery ... This was a truly ingenious play-fair mystery novel that’s police procedural adjacent while still being able to bend the rules of the latter by featuring an unconventional sleuth and his unconventional friends—Jack Hardwick especially is a hoot! ... equal doses, almost even a tension, of heart and mind make for a wonderfully sympathetic detective who is himself often deeply empathetic to the people he meets in the course of his investigations ... Mr. Verdon’s novel is filled with this sort of exquisite balance, sucking the reader in and ratcheting up the surprises to the point where I protested aloud in emotional distress at a certain poncho-clad plot twist. If you’re looking for a thrilling mystery with a smart, sympathetic detective that will puzzle you every step of the way, you need to pick up On Harrow Hill.
Read Full Review >>
Positive Oline H. Cogdill,
Shelf Awareness
John Verdon's clever, cerebral mysteries about retired New York Police Department homicide detective Dave Gurney take another leap forward in On Harrow Hill; this seventh outing is part puzzle, part police procedural and all entertainment. Verdon has a knack for creating outlandish, almost unbelievable, situations that reach logical, realistic conclusions ... Larchfield emerges as a full character, as duplicitous and strange as its residents. Yet no matter how weird the circumstances of On Harrow Hill become, Verdon...retains tight control of his plot.
Read Full Review >>
Rave Publishers Weekly
Verdon’s brilliant seventh mystery featuring retired NYPD homicide detective Dave Gurney...showcases a nifty impossible crime variant ... The surprises keep coming as the plot builds to an impressive reveal. Verdon has never been better at crafting a bizarre setup and resolving it in a satisfactory way.
Read Full Review >>
See All Reviews >>
SIMILAR BOOKS
Fiction

The Maid
Nita Prose
Positive
What did you think of On Harrow Hill?
© LitHub | Privacy