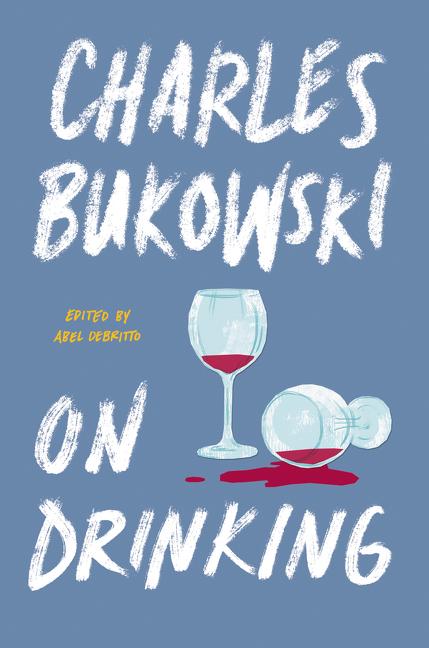 The definitive collection of works on a subject that inspired and haunted Charles Bukowski for his entire life: alcohol.

What The Reviewers Say
Positive Henry Hughes,
New York Journal of Books
A superbly edited, illustrated anthology of poetry, prose, interviews, and letters from an important American voice ... The writing swerves over winding roads, driven by both Bukowski, and his semi-autobiographical persona, Henry Chinaski, recounting colorful, hilarious, tender and tragic anecdotes ... not every poem is a winner. Bukowski cranked-out a lot of work, and some narratives, like a night of boozing, don’t say much in the morning. This begs the constant question about the relationship between drinking and creativity.
Read Full Review >>
Mixed David Orr,
The New York Times Book Review
The poems in On Drinking are distinguishable from the prose mostly by virtue of line breaks that are inserted in why-not fashion ... There’s basically no difference between these lines and the prose narrative that precedes them, except that the prose involves an extended brawl while the poem includes Bukowski pulling a knife on some French security guards ... Bukowksi talks about plowing around hammered in a car, yet every episode carefully avoids any sense of the possible horrific consequences for other people and returns us instead to the comfortable presence of that charming rogue, Charles Bukowski. He’s so funny, so honest. You want to hang out with him, maybe have a few cold ones ... What is strangest about On Drinking, though, is its lack of strangeness.
Read Full Review >>
Mixed Anthony Mostrom,
Los Angeles Review of Books
Not many people will say this, but Bukowski gives drinking a bad name ... Unlike his pen pal Henry Miller, he never displays much self-awareness or insight, and when he tries, it’s muddled ... Quotes...from On Drinking are...samples of Bukowski’s dead-end philosophy, which apparently was not just a literary pose ... Bukowski liked to emphasize 'the line that startles' as his goal in writing a poem, and he did indeed write some genuinely great, startling poems, especially early on. The problem, though, is how often his choice of words can tend toward the tone-deaf, just enough off the mark to miss the point of impact. And some are way off ... The booze-themed poems chosen for On Drinking read a lot like the booze-themed prose pieces included right next to them, and here I can’t help but think of the words of another prolific substance abuser, the Beats’ mentor William Burroughs: 'From my way of thinking, many poets are simply lazy prose writers.' It’s Bukowski’s novels that anchor his reputation and justify the absurd amount of attention he gets as a poet ... See if you don’t agree: many of the shorter poems here read like jocular cast-off notes-to-self ... Be warned that On Drinking will contain the words 'beer' and 'vomit' (in close proximity) on pretty much every page. And forgive me for quoting Bill Burroughs one more time in relation to Bukowski’s endlessly reworked obsessions: 'When people start talking about their bowel movements they are as inexorable as the processes of which they speak.'
Read Full Review >>
See All Reviews >>
SIMILAR BOOKS
Fiction

The Beadworkers: Stories
Beth Piatote
Positive
What did you think of On Drinking?
© LitHub | Privacy