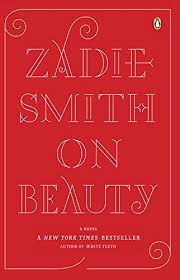 An academic comedy of multicultural manners involving the intellectual rivalry between Howard Belsey and Monty Kipps, but a string of romantic entanglements, social crises, and cultural issues soon follow.

What The Reviewers Say
Rave Michiko Kakutani,
The New York Times
Although the plot of On Beauty hews remarkably closely to Howards End, Ms. Smith has managed the difficult feat of taking a famous and beloved classic and thoroughly reinventing it to make the story her own ... On Beauty is also a big-city novel (set mainly in Boston instead of London), alive with the cacophony of urban life and animated by a vibrant sense of how people live and talk today — be they upper-middle-class academics, disenfranchised Haitian immigrants, aspirational hip-hop performers or preachy neoconservatives ...Ms. Smith sometimes over-stage-manages her story, but these lapses are quickly steamrollered by her instinctive storytelling gifts, her uncanny ear for dialogue and her magical access to her characters' inner lives ...portrayal of the Belsey children not only reveals the traits and mannerisms they share with their mother or father but also underscores the many ways in which they have rebelled against their parents, eluding familial history and forging identities of their own ... On Beauty opens out to provide the reader with a splashy, irreverent look at campus politics, political correctness and the ways different generations regard race and class, but its real focus is on personal relationships — what E.M. Forster regarded as "the real life, forever and ever.
Read Full Review >>
Rave Frank Rich,
The New York Times Book Review
...On Beauty is that rare comic novel about the divisive cultural politics of the new century likely to amuse readers on the right as much as those on the left ... Here again, we have a baggy, garrulous account of two contrasting, haplessly interconnected families in an urban setting teeming with ethnic, racial and economic diversity ... Because Smith's antagonists are in their different ways outsiders of a sort in white America, even at an institution as ostentatiously all-embracing as Wellington, they allow us to view the wildly overplowed comic terrain of the university from a slightly askew angle ... However funny some of the couplings, the human costs of the betrayals pump blood into what might otherwise be an etiolated campus satire ... For all the petty politics, domestic battles and cheesy adulteries of On Beauty, she never loses her own serious moral compass or forsakes her pursuit of the transcendent. By not taking sides in the Belsey-versus-Kipps debate, she wants to lift us to the higher view not dreamt of in their philosophies. It's too late for burnt-out cases like Howard and Monty, who are both far too jaded and cynical to see past the culture wars to the beauty of culture itself.
Read Full Review >>
Rave Michael Dirda,
The Washington Post
Her new novel is masterly on almost any level — impressive in its command of every register of English, never tiresome despite its length and astonishingly sympathetic to every sort of human frailty ...center stage stands the Belsey family, arguing, slamming doors, increasingly beleaguered, confused and heartbroken ... As the novel progresses, Smith smoothly shifts into and out of the minds of the various Belseys, as they sigh, quip and agonize against the backdrop of Wellington classes, parties, lectures and faculty meetings ... At times she can be a little extravagant in her imagery...but her overall tone suggests a kindly Voltairean (or, more appositely, Forsterian) tolerance for human weakness. None of the novel's characters is wholly admirable, and yet nearly all are, somehow, loveable ... But after The Autograph Man and now On Beauty, it's evident that Smith is a writer for the long haul, an artist whose books we will look forward to every few years, a real and deeply satisfying novelist. E.M. Forster would be proud.
Read Full Review >>
See All Reviews >>
SIMILAR BOOKS
Fiction

Fake Accounts
Lauren Oyler
Positive
What did you think of On Beauty?
© LitHub | Privacy