Of Women and Salt 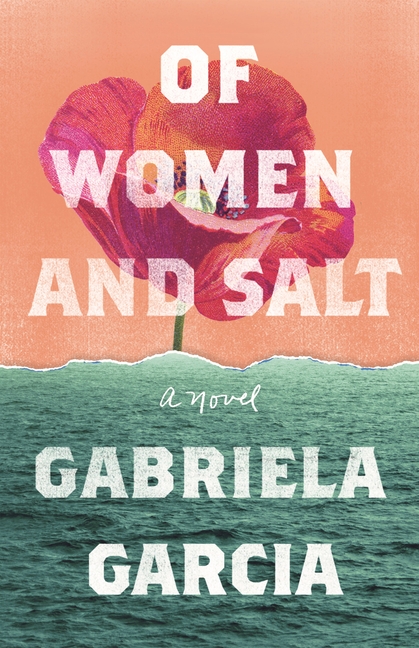 From 19th-century cigar factories to present-day detention centers, from Cuba to Mexico, Gabriela Garcia's novel Of Women and Salt is a kaleidoscopic portrait of betrayals--personal and political, self-inflicted and those done by others--that have shaped the lives of these extraordinary women.

What The Reviewers Say
Rave Gabino Iglesias,
The Boston Globe
At once a multigenerational saga about Cuban women learning to survive after losing everything and a brutally honest look at the immigration system in the United States through the eyes of a Salvadoran mother and daughter deported to Mexico after building a life in Miami, this novel captures the beauty of refusing to surrender ... Garcia’s clean, straightforward prose cuts like a scalpel to expose the pain of leaving home and the trauma—both physical and emotional—that shatters the women in her book. This honesty makes Of Women and Salt a hard, uncomfortable read because there are broken ribs, murder, lost teeth, hunger, and abuse here, all presented in real, heartbreaking passages. However, every page is full of writing that illuminates the depth of each character’s suffering in unforgettable ways ... unprocessed trauma rests in the novel’s dark heart like a tumor ... a haunting set of intertwined stories about migration that are meditations on the choices mothers make with their best intentions in mind, and the disastrous effects those choices can have.
Read Full Review >>
Positive Beth Mowbray,
The Nerd Daily
Fans of multigenerational stories, family sagas, and own voices narratives are sure to be excited about Gabriela Garcia’s debut novel. Following a series of mothers and daughters across five generations through Cuba, Mexico, Texas, and Miami, Of Women and Salt depicts the stories, struggles, and strengths of a collection of Latinx women both within and beyond their families ... Deftly sailing from one perspective to another across the years, Garcia uses these women’s voices (as well as a handful of others) to flesh out an enthralling and important story. It is a notable feat for a first-time novelist to broach such an array of significant themes in one work. Central to Garcia’s book is the concept of identity — how we view ourselves internally, as well as how we formulate who we are by learning about those who have come before us, and how identity is ascribed to us by others based on how they see us outwardly. Equally as significant is the focus on family and history ... Although some sections of the narrative feel belaboured (there is too much telling the reader what they should be able to intuit), Of Women and Salt is a book well worth reading, as Garcia shines in her ability to ultimately emphasize the strength, the perseverance, of these Latinx women.
Read Full Review >>
Positive Danielle Evans,
The New York Times Book Review
... beautifully evocative ... This book is shaped, and given buoyancy, by Garcia’s sharp prose and by Jeanette’s ability to continue believing that the unexpected is possible, even as it repeatedly fails to materialize ... The chapters are sufficiently self-contained that the novel has the rhythm of a linked story collection, a structure that effectively emphasizes the disconnections and breaks that have shaped these characters. The connections that survive do so in compelling ways ... A lesser writer might have used the books’ symbolic weight to try to close some of the historical gaps or heal familial wounds. Instead, Garcia has the wisdom to let the books illuminate what can’t be recovered, no matter what can be inherited ... The depiction of the women in Jeanette and Carmen’s family is confident and layered, capturing their decencies and failings. I found myself wishing for the same depth in the sections about Ana and her mother, Gloria ... Placing characters in an unjust situation is a difficult task for a writer — if Ana and Gloria were anything less than flawless, their portrayal might be read as giving ammunition to people anxious to defend the U.S. immigration system. Still, at times their flawlessness reduces them to their suffering ... Though Garcia thoughtfully engages the ways her white Cuban characters experience racial privilege and a privileged immigration status, the book doesn’t escape echoing this privilege in Ana’s narrative arc, which is never fully situated in the context of her own life ... There is, though, a satisfying grace in Ana’s return. Early in the book, Jeanette thinks of Gloria: 'Even the best mothers in the world can’t always save their daughters.' By its conclusion, Of Women and Salt suggests that though this may be true, it is also true that in the face of tragedy, even the most flawed mothers may be able to help save someone else’s daughter.
Read Full Review >>
See All Reviews >>
SIMILAR BOOKS
Fiction

Mother May I
Joshilyn Jackson
Rave
What did you think of Of Women and Salt?
© LitHub | Privacy