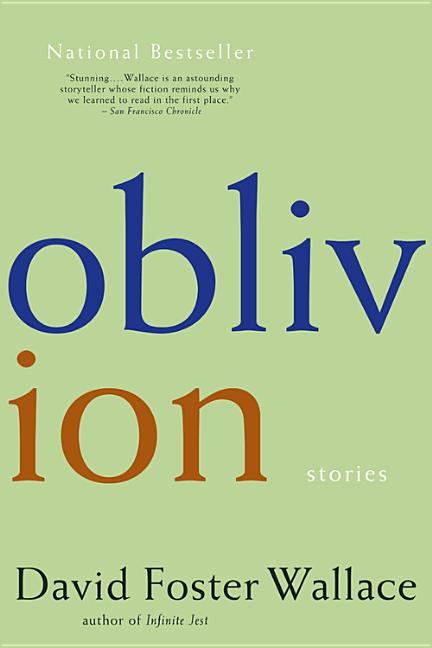 Oblivion: Stories, which explores the nature of reality, dreams, trauma, and the "dynamics of consciousness," is the third and last of David Foster Wallace's short story collections. The story "Good Old Neon" was included in The O. Henry Prize Stories 2002.

What The Reviewers Say
Rave Laura Miller,
Salon
The oblivion in this collection's title is what most of his characters are after. They have a past they want to forget, a future they'd prefer to avoid, and things about themselves they'd rather not think about at all. When you find out what they're running from, you can't blame them ... Wallace can still be funny, but his humor has been creeping away from the playful, omnivorous sort on display in his first three books...and toward a bleaker variety -- as if he were making a slow switch in allegiance from Thomas Pynchon to Samuel Beckett ... Trauma lurks somewhere, usually offstage, in each of the eight stories ... In Oblivion, Wallace's long arcs of prose and the narrative sidetracks are exposed not as tortuous strivings toward some hard-won truth but as an insulation that people spin between themselves and the sharp edges of their condition.
Read Full Review >>
Positive Wyatt Mason,
The London Review of Books
His new collection, Oblivion, contains eight stories of uncompromising difficulty, with certain superficial similarities ... These novellas are densely packed with sentences that are not infrequently more than a page long. The typical mode of their narration is digressive; the digressions, in keeping with Wallace’s reputation as a humorist of the first rank, are not infrequently very funny. The stories also tend to feature an abundance of neologisms, arcane vocabulary and foreign terms ... Perhaps more than anything, the defining quality of these fictions is the degree to which they leave the reader unsure about very basic narrative issues: who is telling this story? ... The trouble one faces, the trouble I face – having read the eight stories in Oblivion; having found some hard to read and, because they were hard and the hardness made me miss things, reread them; having reread them and seen how they work, how well they work, how tightly they withhold their working...is the concern that these stories, the most interesting and serious and accomplished shorter fiction published in the past decade, exhibit a fundamental rhetorical failure.
Read Full Review >>
Mixed Walter Kirn,
The New York Times
Because Wallace's writing often conveys the sense of someone trying to bail out a sinking language by working at higher and higher speeds, with bigger and bigger verbal buckets, it's no surprise that many of his stories take as their subject the limits of words themselves ... When Wallace's superbrain walks into a room, it notices everything ... When he's off on one of these hyperfocused sprees, there's no such thing as an unimportant detail; his intensity spreads out in all directions, throwing every feature of the scene into equally high relief. By the end of the story there's no such thing as an important detail, either ... Wallace's own work is far from flushable -- for one thing it's just too big and broad -- and much of it probably partakes of genius, at least in the chess-grandmaster, Bronx High School of Science sense. He has the vocabulary. He has the energy. He has the big ideas. He has the attitude. Yet too often he sounds like a hyperarticulate Tin Man.
Read Full Review >>
See All Reviews >>
SIMILAR BOOKS
Coming Soon 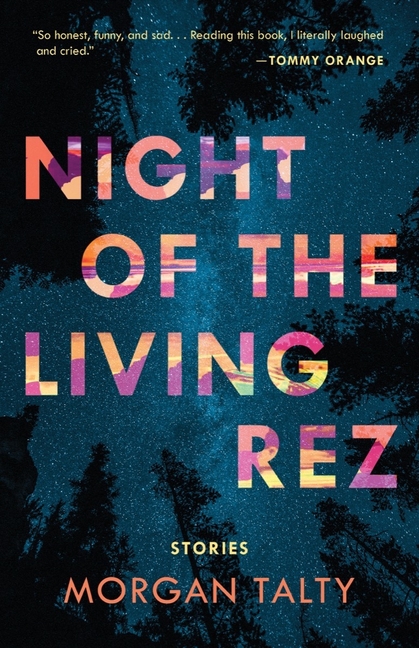 A Down Home Meal for These Difficult Times: Stor…
Meron Hadero
Rave
What did you think of Oblivion?
© LitHub | Privacy