Nothing Can Hurt You 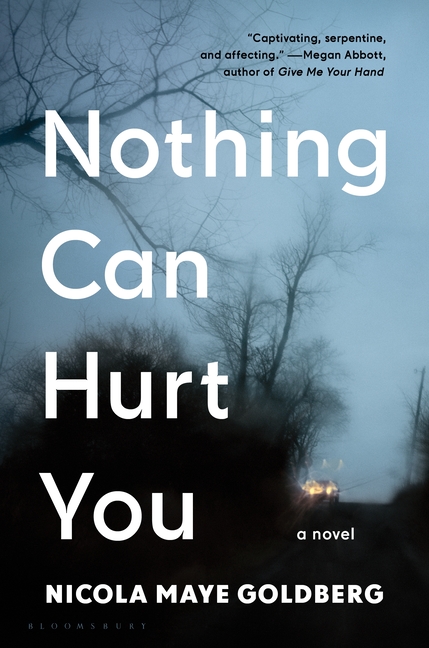 Inspired by a true story, this debut novel pieces together a chorus of voices to explore the aftermath of a college student's murder.

What The Reviewers Say
Rave Kaylie Seed,
The Nerd Daily
Goldberg deconstructs the traditional novel by using the plot to connect each of the characters with little to no communication between each other. She forces the reader to rethink what they know and to learn a fresh new way of reading and comprehending a novel ... The writing style is incredibly unique and Goldberg is able to create scenery and characters using stunning prose that is as fluid as a rushing stream. Not once throughout her novel does something feel out of place; everything that Goldberg writes is meant to be there. It leaves the reader thinking, and after letting the entire novel sink in, the reader will understand what it is that Goldberg wants to across in her novel ... if you are a fan of psychological thrillers and feminist writings, then you need to get a copy of Nothing Can Hurt You. After finishing the novel I had to take a couple of days to process everything that happened because it is so out of the ordinary. I am not saying that this is a difficult read, but the reader needs to go into this novel with an open mind and trust that Goldberg knows what she is doing, because she does. She essentially has reinvented what a novel is and how it’s meant to be comprehended. This was a bold move for a debut novel and Goldberg has written Nothing Can Hurt You brilliantly.
Read Full Review >>
Rave Hannah Jane Parkinson,
The Observer (UK)
The thrilling thing about Nothing Can Hurt You, a novel marketed as a successor to Gone Girl and The Girl on the Train, is that it barely counts as a thriller ... despite its gothic influence and dark subject matter, I often found myself laughing. Nothing Can Hurt You is often roguishly funny ... Goldberg has a delightful eye for detail, too, and is just as good at sketching middle-aged men as she is of girls on the verge of womanhood. She would no doubt make an astute psychologist ... The author, a graduate of Columbia University’s fiction course, has written for such online magazines as Queen Mob’s Teahouse and Winter Tangerine – but don’t let that put you off. The writing here is sparkling and the detective work, refreshingly, internal rather than external.
Read Full Review >>
Mixed Sarah Rachel Egelman,
Bookreporter
Nicola Maye Goldberg plays with the dead girl trope, offering something interesting without quite subverting it ... The novel is a breathless series of introductions and hasty departures as we meet each of Goldberg’s interesting characters briefly and then quickly move on ... has a gentle prose style. Goldberg lets her characters move about in their emotions in a realistic manner. Any of them would’ve warranted a longer exposition. In shifting the core of the tale from Sara to everyone else, Goldberg takes a risk. On the one hand, it means that the violence that Sara, who is the last character we meet, experienced on a random night spent with a friend leaving for college is neutralized. On the other hand, it means that the violence is made permanent. Readers are left in an uncomfortable place, though not necessarily in the way Goldberg intended ... Goldberg has great insights and deftly handles her characters, even if the novel itself doesn’t coalesce.
Read Full Review >>
See All Reviews >>
SIMILAR BOOKS
Fiction

Dead Dead Girls
Nekesa Afia
Positive
What did you think of Nothing Can Hurt You?
© LitHub | Privacy