Nothing But the Night 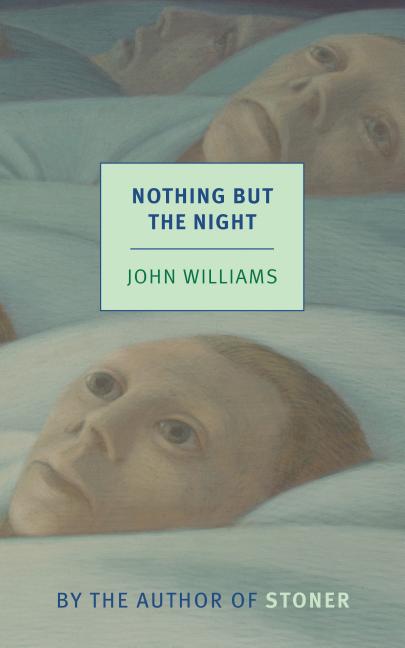 Stoner author John Williams's first novel is a searing look at a man's relationship with his absent father, and how early trauma manifests throughout one's life.

What is this?
Pan
Based on 5 reviews

What The Reviewers Say
Mixed QUINN MYERS,
Chicago Review of Books
... inconsistent ... There’s certainly a lot here for Williams super fans: brief clips of lush description overlap with the protagonist’s battle with solitude and stagnation, a trope of the writer’s mature work. And while it’s hard to imagine the book standing on its own, without the reputation of Stoner, there are many moments of compelling existential reckoning buoyed by good writing ... Underneath the psychological torment, there are also long stretches in Nothing but the Night where Arthur proves to be a burdensome and miserable companion ... For these moments [about childhood traumas], and the chance to trace their path through the quiet existential battles of Butcher’s Crossing, Stoner, and Augustus, Nothing but the Night establishes itself as a worthy addition to the Williams oeuvre.
Read Full Review >>
Mixed Walker Rutter-Bowman,
Kenyon Review
... intense, histrionic, and ultimately disappointing ... By far his most minor work, Night does reveal the interests and themes Williams would later investigate in lengthier, better projects: psychological torment, the hunt for personal authenticity, the chasm between interior and exterior lives ... The slender novel struggles to bear the gilded weight of its writing. The prose exhibits a showy self-consciousness, a chronic fear of being flat and bland. The writing, though richly figurative and emotionally potent, is almost comically overwrought ... At times, the baroque style seems a good match for aristocratic Arthur and his extravagant moping, but it doesn’t well represent the novel’s true aim: to capture and elevate emotional truth ... gimmickry doesn’t suit Williams, who dispensed with it in later work.
Read Full Review >>
Pan B.D. McClay,
The Baffler
How one ought to approach a book which has been rejected by its author is a delicate question. Certainly, Williams deserves credit for realizing that what he’d written was fairly awful. But while he might not have wanted the book to be republished, now that it has been, it’s worth asking the degree to which Nothing but the Night illuminates aspects of Williams’s mature work. Everything that makes his other books so terrible, it turns out, is here ... the novel is a long whine that begins with 'other people don’t really exist' and ends with the unacknowledged demand to be loved. Behind this insistence lies an almost unimaginable amount of anger at the outside world, hatred of others, disgust at physicality; hurt cushioned and denied through the powers of money and alcohol; a passivity that builds into violence. It’s rich material for a novelist to make something out of. Too bad one didn’t.
Read Full Review >>
See All Reviews >>
SIMILAR BOOKS
Fiction

Milk Fed
Melissa Broder
Rave
What did you think of Nothing But the Night?
© LitHub | Privacy