Notes from the Burning Age 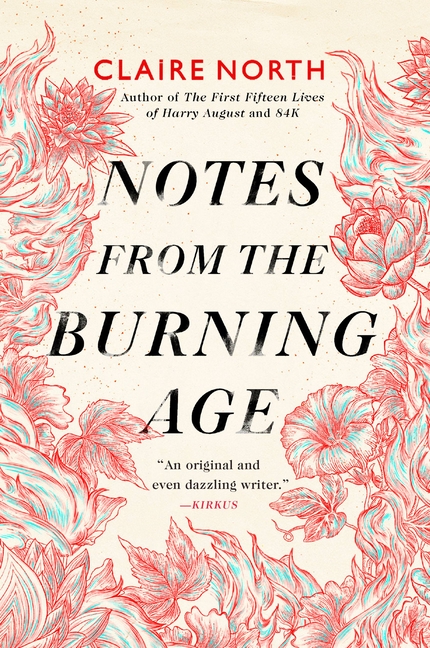 Ven was once a holy man, a keeper of ancient archives. It was his duty to interpret archaic texts, sorting useful knowledge from the heretical ideas of the Burning Age--a time of excess and climate disaster. For in Ven's world, such material must be closely guarded so that the ills that led to that cataclysmic era can never be repeated. But when the revolutionary Brotherhood approaches Ven, pressuring him to translate stolen writings that threaten everything he once held dear, his life will be turned upside down.

What The Reviewers Say
Rave JASON SHEEHAN,
NPR
It's been days since I finished Claire North's newest book, Notes From The Burning Age, and I am still angry at it. Not because North did anything wrong, but just because there isn't more of it. And I don't mean a few more pages, a couple more scenes. I want heaps. I want volumes. I want to go back to my Kindle, open it up and see that, magically, its 450 pages have become a thousand. I spent a handful of late nights and early mornings in the ruined, rescued and re-ruined world that North has made of our own not-terribly-distant future. They were good days. There was a strange sense of peace in them — of sliding into a fantastical nightmare so skillfully sketched that it felt like truth. And when it was done, I simply didn't want to leave ... compelling because it is beautiful. Because it is a mess, skillfully rendered, with a recognizable past (our own) and a believable present witnessed primarily by three characters who aren't just living through it, but actively shaping it ... The sharpness with which North shifts gears comes with an almost audible snap. It feels so obvious the moment it happens, the relief of it deeply satisfying personally, and a splash of rocket fuel for the plot ... North has created a world that works, that lives and breathes and suffers and dies, and populated it with characters who are all flawed, all broken, and struggling to make something better. It felt seamless, like it was written in a day, maybe two, coming out whole and smooth and perfect on the very first try ... And even when North was done and Notes reached its explosive conclusion, I just wasn't ready to leave. Her world was such a fragile, beautiful, doomed place, I felt like I should stick around just to make sure it would all be okay.
Read Full Review >>
Positive Kriti Khare,
The Nerd Daily
There are three things that have stuck with me since I finished this book ... The political landscape and struggles set up in Notes from the Burning Age is fascinating to observe, and the interplay between Ven and Georg is very well written ... The world building was vivid and detailed and since it is a post-apocalyptic scenario, there were times when I found the writing quite atmospheric. The lack of particulars over the course of time over which these events took place added an additional suspenseful element to the story. Sometimes I found the book hard to follow because it is ingrained in ideology, often conflicting sides of it. At the same time, it is a thoughtful read that made me question my reality and how the same can be viewed with multiple lenses and have polar interpretations ... There is no doubt that Claire North is an exceptional writer with a brilliant imagination and eloquent storytelling. If you are looking for a unique fantasy with an espionage driven plot and descriptive writing, pick up this one!
Read Full Review >>
Positive Ashley Rayner,
Booklist
Ven is an unpredictable narrator, and his choices make for a twisty, engaging plot. The rarely seen but terrifying kakuy are evocative, like malignant Studio Ghibli characters. Political machinations and espionage will keep readers guessing as to the true heroes and villains of the novel. There are glimpses of names and concepts that reflect our past, which makes Notes feel like a fantastical warning. A fascinating and tense novel, recommended especially for fans of Margaret Atwood’s MaddAddam trilogy.
Read Full Review >>
See All Reviews >>
SIMILAR BOOKS
Fantasy 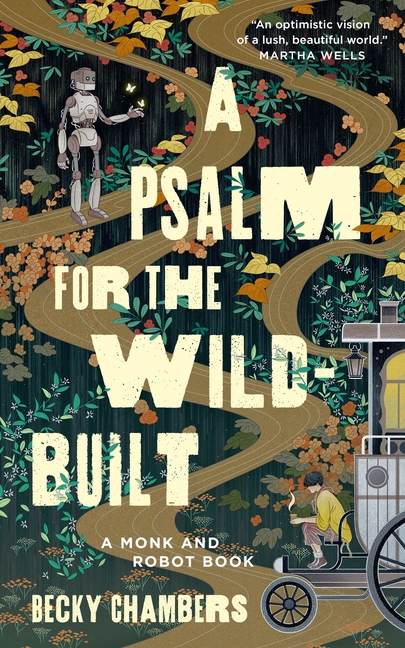 A Psalm for the Wild-Built
Becky Chambers
Fiction

The 22 Murders of Madison May
Max Barry
Positive
Fiction

We Have Always Been Here
Lena Nguyen
Positive
Fiction

Nightbitch
Rachel Yoder
Positive
What did you think of Notes from the Burning Age?
© LitHub | Privacy