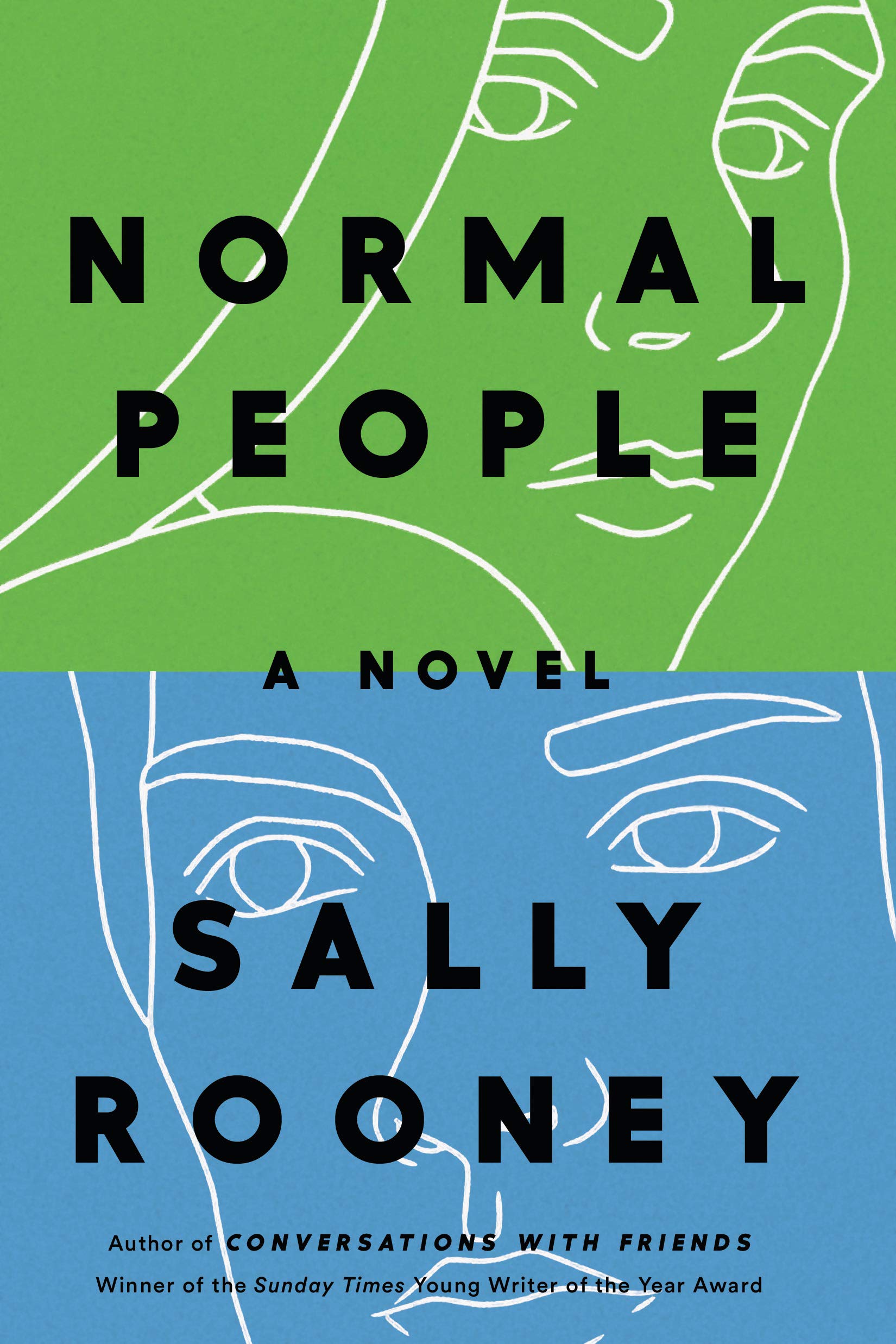 From the author of Conversations With Friends, Normal People is centered around two teenagers who pretend not to know each other at school. Connell is popular and well-adjusted, star of the football team, while Marianne is lonely, proud and intensely private. But when Connell comes to pick his mother up from her job at Marianne’s house, a strange and indelible connection grows between them.

What is this?
Positive
Based on 61 reviews

What The Reviewers Say
Rave HELLER MCALPIN,
NPR
... a compulsive, psychologically astute will-they-or-won't-they love story involving two of the most sympathetic people you're liable to meet between covers. Although hailed as a voice of millennials, Rooney offers plenty to appeal to readers across genders and generations ... Rooney's dialogue, like her descriptive prose, is slyly ironic, alternately evasive and direct, but always articulate. It cuts to the heart. She seems remarkably comfortable writing about sex — even uncomfortable sex — and she seamlessly integrates well-crafted texts, emails, and Facebook posts into her narratives like the digital native she is. Yet while Rooney may write about apparent aimlessness and all the distractions of our age, her novels are laser-focused and word-perfect. They build power by a steady accretion of often simple declarative sentences that track minuscule shifts in feelings ... Although frequently heartbreaking, Normal People isn't bleak. The brave determination of Rooney's characters to reach out and try to catch each other with no guarantee of success — and to open themselves to 'moments of joy despite everything' — is ultimately hopeful.
Read Full Review >>
Positive Dwight Garner,
The New York Times
Sally Rooney’s sentences are droll, nimble and matter-of-fact. There’s nothing particularly special about them, except for the way she throws them. She’s like one of those elite magicians who can make a playing card pierce the rind of a watermelon ... In the new novel, there [are fewer throwaway lines] but perhaps something better. There is, in the pointed dialogue, a reminder of why we call it a punch line ... Rooney is almost comically talented at keeping the lovers in her novels frustrated and apart. When you are deep into Normal People, you may start to feel that she has gone to this particular well one too many times ... [Rooney is] an original writer who, you sense, is just getting started.
Read Full Review >>
Rave Lauren Sarazen,
The Washington Post
... Normal People... is just as absorbing as the buzz would lead you to believe ... Rooney’s choice to anchor the plot so firmly to the rhythms of university life gives Normal People a sense of containment that feels incredibly safe in contrast with Conversations With Friends ... But Rooney’s main appeal lies in her apt observations on young love. Even as technological advances have made it easier to communicate, so much remains unspoken ... Using clear language, dialogue is rendered to express deadpan self-consciousness, revealing Marianne and Connell’s insecurities and evasions. Rooney’s ability to dive deep into the minute details of her characters’ emotional lives while maintaining the cool detached exterior of the Instagram age reflects our current preoccupation with appearance over vulnerability. Here, youth, love and cowardice are unavoidably intertwined, distilled into a novel that demands to be read compulsively, in one sitting.
Read Full Review >>
See All Reviews >>
SIMILAR BOOKS
Fantasy

The Seven Moons of Maali Almeida
Shehan Karunatilaka
Positive
What did you think of Normal People?
© LitHub | Privacy