No One Left to Come Looking for You 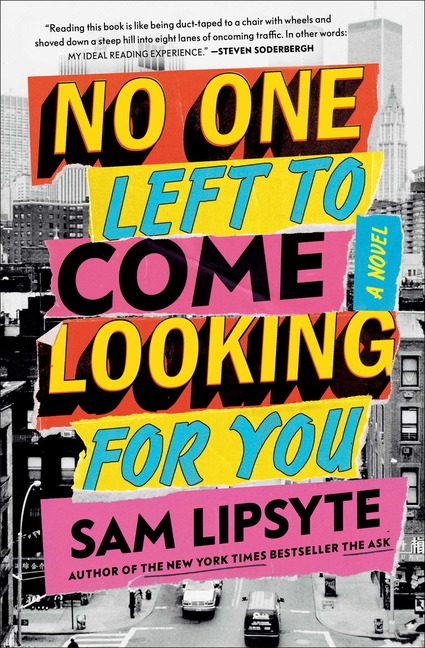 Jack S. is a young New Jersey rock musician. Just a few days before his band's biggest gig, their lead singer goes missing with Jack's prized bass, presumably to hock it to feed his junk habit. Jack's search for his buddy uncovers a sinister entanglement of crimes tied to local real estate barons looking to remake New York City—and who might also be connected to the recent death of Jack's punk rock mentor. Along the way, Jack encounters a cast of colorful characters, including a bewitching, quick-witted scenester who favors dressing in a nurse's outfit, a monstrous hired killer with a devotion to both figure skating and edged weapons, a deranged if prophetic postwar novelist, and a tough-talking cop who fancies himself a retro-cool icon of the homicide squad but is harboring a surprising secret.

What The Reviewers Say
Rave Adelle Waldman,
The New York Times Book Review
No One Left to Come Looking for You — while admittedly addictive and fun...is no one’s idea of a formulaic book, unless the formula is to write one original and unpretentious and funny sentence after another ... As a first-person narrator, Jack is exceptionally winning, combining Lipsyte’s characteristic Falstaffian wit — playful, biting, verbally dexterous — with a sweet-natured and lovably pure, yet un-self-serious and only slightly doofus-y personality ... No One Left to Come Looking for You is narrower in focus, concerned only with unspooling the story at hand. It proceeds smoothly, without any narrative bumps ... It tells one small story and tells it well. But it’s also very smart and very funny, a slangy, brainy, expletive-laden, occasionally touching pleasure to read from the first page to the last.
Read Full Review >>
Rave Lisa Borst,
Bookforum
Lipsyte’s latest novel, the East Village–set No One Left to Come Looking for You, is...remarkably stripped down. Its moments of linguistic flamboyance are outnumbered by an almost screenwriterly tendency toward dialogue, and its characters talk in a clipped, plainspoken style that verges on hard-boiled ... Lipsyte's experiment in hard-boiled hardcore manages to take its self-imposed conventions somewhere more playful and less pointlessly nostalgic than have similar genre exercises by his contemporaries ... Lipsyte has updated the detective novel for the billionaire era by lifting his antagonist straight from life. In doing so, he ends on an insight worthy of his theory-spouting protagonists: the real crime is financialized property ownership; the underworld worth illuminating is a rapacious real-estate industry that really did put an end to the market-rate 1990s.
Read Full Review >>
Positive Marc Weingarten,
The Los Angeles Times
No One Left is designed as a caper, a kind of 'lost on the Lower East Side' picaresque ... More than anything, it’s a tender valentine to an era when the idea of ditching the Man for a life on the margins could keep you insulated from adulthood for as long as you could possibly hold out ... A fitting tribute.
Read Full Review >>
See All Reviews >>
SIMILAR BOOKS
Fiction

The World and All That It Holds
Aleksandar Hemon
Rave
What did you think of No One Left to Come Looking for You?
© LitHub | Privacy