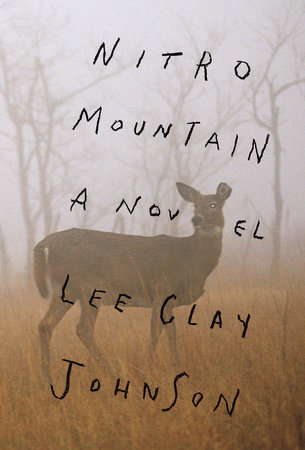 Set in a bitterly benighted, mine-polluted corner of Virginia, Nitro Mountain follows a group of people bound together by alcohol, small-time crime and music.

What The Reviewers Say
Rave The Wall Street Journal
...tense, disturbing, impressive...Mr. Johnson, a writer of great ability, is adept at conjuring dismal sensory details: of a rundown house ('the old kitty litter in the carpet...the smell of Hamburger Helper in the walls'), of a pool hall with pretensions ('cologne and carpet conditioner'), of a foggy day turned alarming ('The sun breaks through for a moment, a psychotic lamp without location'), of the malevolence of night ('small house lights flicker on like the eyes of wolf spiders'). And he’s excellent, in a book told from several divergent points of view, at inhabiting the twisted psyches of his unfortunate and self-destructive characters.
Read Full Review >>
Positive Susannah Felts,
Nashville Scene
Cover to cover, the book exerts a fierce magnetic pull, sucking its reader into a profound desolation. I kept picking it up and sniffing it, expecting to get a strong draft of bourbon, man-sweat, blood and dirt — as of a freshly dug grave...In its setting and conflicts, Nitro Mountain belongs to the Southern gothic literary tradition, but it shares pacing and plot moves with some of the strong dramas being written for television today. It's not hard to imagine this book destined for a second life as gritty televised spectacle. In its clipped syntax, it already suggests the format of a screenplay, and many of its characters are familiar: two ex-cops who can't stay out of crime-fighting, and hard-drinking musicians who are their own best enemies. But Johnson's writing authenticates these characters, makes them irresistible in all their deeply wounded dysfunction.
Read Full Review >>
Positive Bradley Sides,
Electric Literature
Johnson’s novel stands as a worthy addition to the growing canon of contemporary Appalachian noir populated by David Joy, Bonnie Jo Campbell, and Ron Rash. In Nitro Mountain, the violence is palpable, the crime is widespread, the characters are immoral, and poverty and grit infuse the savagery that we know exists nearby. Through all of the darkness, Johnson never falls into the trap of making his characters cartoonishly evil or unrealistic. These are real, working people, dealing with what life has (or has not) given them. Nitro Mountain, like the place itself, is hard to resist because it’s so easy to identify with it.
Read Full Review >>
See All Reviews >>
SIMILAR BOOKS
Coming Soon

The Harpy
Megan Hunter
Positive
What did you think of Nitro Mountain?
© LitHub | Privacy