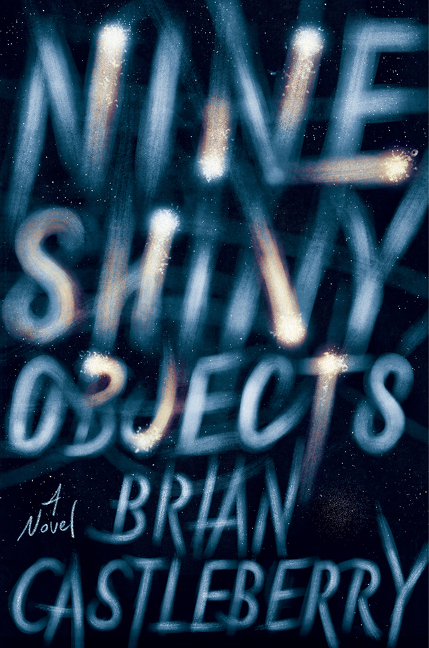 A novel chronicling the eerily intersecting lives of a series of American dreamers whose unforeseen links reveal the divided heart of a haunted nation—and the battered grace that might lead to its salvation.

What The Reviewers Say
Positive G. Robert Frazier,
BookPage
The scope of the novel—from its vast conspiracies and social commentary to its decades-long timeline—is at times impressive to behold. Castleberry’s intricate narration (some sentences seem to run on for pages at a time) may even compel you to read some passages over again just to make sure you didn’t miss something. But it’s worth it to take your time and savor this one.
Read Full Review >>
Mixed Eleanor Henderson,
The New York Times Book Review
That we aren’t fully initiated into the Vision, that we are outsiders to the exclusive club, isn’t as dismaying as the novel’s lack of moral exigence and, well, vision. The sense of social progress, and the driving dream that unites these characters, remain general. The motivations of both the cynics and idealists are at times diffuse and difficult to understand, let alone believe ... These limitations are partly due to the creative structure of this novel, which could also be called a collection of linked short stories...The strongest of these chapters read as stand-alone pieces, often ending in a moving and artful crescendo. Discovering the nature of the characters’ associations and intersections across the chapters is one of the richest pleasures of the book ... Another pleasure: the detailed portraits of 20th-century American life. Each chapter is a neatly packed and well-researched time capsule, and in the early ones we find automats, hi-fi, Miltown pills, mayonnaise. Before we know it, though, we’ve been steered through the Korean War and into the counterculture, and then into punk, the close-clinging omniscient narration nimbly taking on the voices of each decade ... In this way the novel truly feels like a short-story cycle, its rhythms elliptical, its vantage points orbiting the shadowy subject at the heart of its universe. They circle swiftly, these nine shiny objects, never settling in our atmosphere for long, and their power stays resolutely mysterious.
Read Full Review >>
Positive Brendan Driscoll,
Booklist
Each character’s chapter has its own voice, and swells with its own concerns, but they all crackle with tension and linger on loss ... The perspectives overlap, but the composite leaves some questions unanswered, some connections intriguingly unrevealed. Though set in the second half of the twentieth century, and thick with nostalgia for its diners, highways, and well-trimmed suburban lawns, Castleberry’s memorable tale probes fissures and anxieties that are undeniably current.
Read Full Review >>
See All Reviews >>
SIMILAR BOOKS
Coming Soon