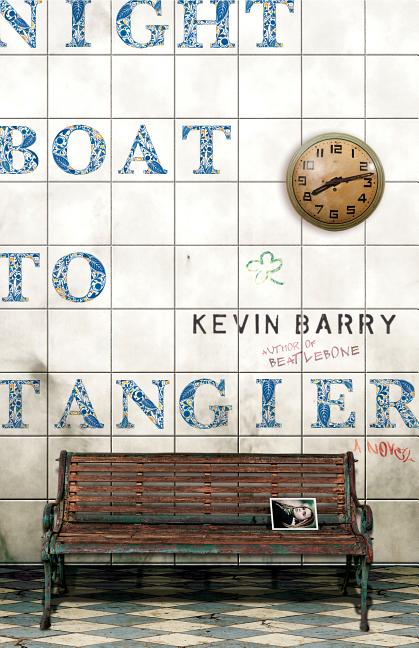 In the dark waiting room of the ferry terminal in the Spanish port of Algeciras, two aging Irishmen—Maurice Hearne and Charlie Redmond, longtime partners in drug smuggling—are waiting. It is October 23, 2018, and they are expecting Maurice's estranged daughter, Dilly, to either arrive on a boat coming from Tangier or depart on one heading there. This nocturnal vigil will initiate an extraordinary journey back in time to excavate their shared history of violence, romance, mutual betrayals and serial exiles.

What The Reviewers Say
Rave Alan Warner,
The Guardian (UK)
To avoid plot spoiling, let me say that what we assume is a two-hander crime novel swells with plenitude into an emotionally crushing panorama of two friends gone wildly astray, punished by regret but with their grim solidarity intact – so far. This is not a journey devoid of dark humour; there are back-breaking moments of mirth, as well as real madness and love ... [a] devastatingly vivid portrayal of serious crime and its real consequences ... Barry...is a clairvoyant narrator of the male psyche and a consistent lyrical visionary. The prose is a caress, rolling out in swift, spaced paragraphs, a telegraphese of fleeting consciousness ... Barry’s sensibility is eerie; he is attuned to spirits, to malevolent presences, the psychic tundra around us. But what distinguishes this book beyond its humour, terror and beauty of description is its moral perception. For this is no liberal forgiveness tract for naughty boys: it is a plunging spiritual immersion into the parlous souls of wrongful men.
Read Full Review >>
Rave Francine Prose,
The New York Review of Books
... it’s Barry’s voice that propels us through the work, through paragraphs punctuated by turns of phrase that deliver little jolts of pleasure. Like their author, his characters are aware of the implications and ironies of language ... Barry’s control of tone is so assured that he can turn a fragment of autobiography, confession, and apology into a terrifying threat ... No matter how funny and smart, abrasive and irreverent the dialogue is, we’re never allowed to forget that 'their talk is a shield against feeling' ... Night Boat to Tangier is about the present and the past, about memory and loss, which is partly why it’s a sadder and more beautiful book [than Barry's City of Bohane] ... The unconventional paragraphing compels us to focus; there’s no room for the mind to wander in the midst of a long passage of prose ... formally daring and inventive ... I’ve missed Maurice and Charlie ever since I finished Barry’s novel ... Night Boat to Tangier—and much of Barry’s work—inspires us to rethink our ideas of character, of compassion and forgiveness. Without romanticizing crime, they humanize the criminal.
Read Full Review >>
Rave Rohan Silva,
The Evening Standard (UK)
... mordant Irish wit and banter. The end result is a cross between Samuel Beckett’s Waiting For Godot and Martin McDonagh’s In Bruges; sad and funny in equal measure ... The scenes in the ferry terminal are written like a screenplay: all dialogue and stage directions, with next to nothing else besides ... as with everything Barry writes, it’s the language that grips you by the throat — just so lyrically Irish ... Among the next generation of writers — Zadie Smith, Michael Chabon, Jonathan Safran Foer and so on — the one that stands above the rest for ambition, language and sheer verve is Barry ... If you haven’t heard of him yet, you soon will. I’d wager he’ll wind up with the Nobel Prize for Literature before he’s done ... While Night Boat to Tangier doesn’t quite hit the heady heights of his earlier work (or his astonishingly good collections of short stories) it’s still a first-rate read.
Read Full Review >>
See All Reviews >>
SIMILAR BOOKS
Fiction

The End of Getting Lost
Robin Kirman
Positive
Fiction 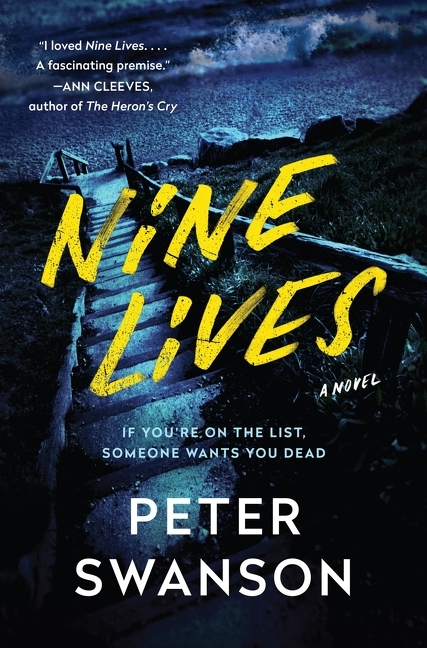 Nine Lives
Peter Swanson
Rave
What did you think of Night Boat to Tangier?
© LitHub | Privacy