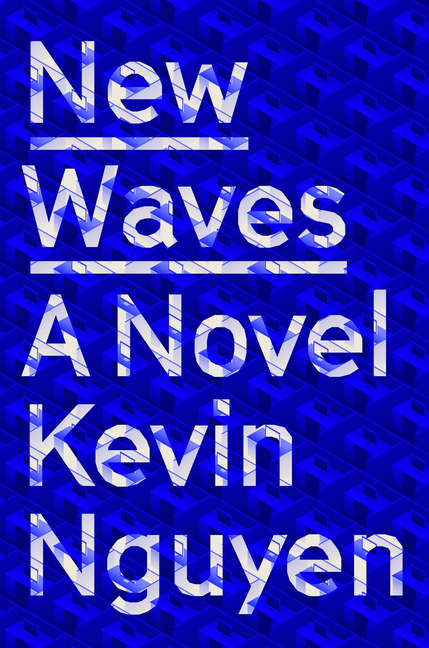 Margo is a brilliant programmer tired of being talked over as the company's sole black employee. She and her friend Lucas, a low-paid Asian American customer service rep, decide to steal their tech start-up's user database in an attempt at revenge. But when Margo dies in a car accident, Lucas is left wondering what to do with their secret—and whether Margo's death really was an accident.

What The Reviewers Say
Rave Marion Winik,
Newsday
... affecting, enlightening and cutting-edge ... Nguyen...continually lightens the atmosphere with his wry humor ... Funny and sad, smart and wise, completely of the moment, this is a book you want to read.
Read Full Review >>
Positive Kaitlin Phillips,
The New York Times Book Review
Though it doesn’t quite stick the landing, New Waves, the first novel by Kevin Nguyen...cleverly conjures a modern Gatsby-and-Nick-Carraway dynamic between the narrator, Lucas, and his co-worker Margo ... As with any novel featuring a distant object of idolatry, this one succeeds only to the extent that Margo is worth getting to know ... It’s exciting to see the workplace novel making a literary comeback...treating drudgery with a life-giving drollness. Nguyen’s own attempts to infuse New Waves with politics, heart and reality are admirable. He captures beautifully the subtle strains of being disenfranchised, poor and lonely in New York.
Read Full Review >>
Positive David L. Ulin,
Los Angeles Times
New Waves manages to be both knowing and cutting, a satire of internet culture that is also a moving portrait of a lost human being ... The strength of the novel is that he has something more expansive in his sights [than allegory] ... New Waves is also fallible in places; it can push too many hot buttons (a subplot on HR and workplace harassment feels especially tacked on), and Nguyen doesn’t know how to wrap it up. But that too is consistent with the ethos of the internet.
Read Full Review >>
See All Reviews >>
SIMILAR BOOKS
Fiction

Mona at Sea
Elizabeth Gonzalez James
Positive
What did you think of New Waves?
© LitHub | Privacy