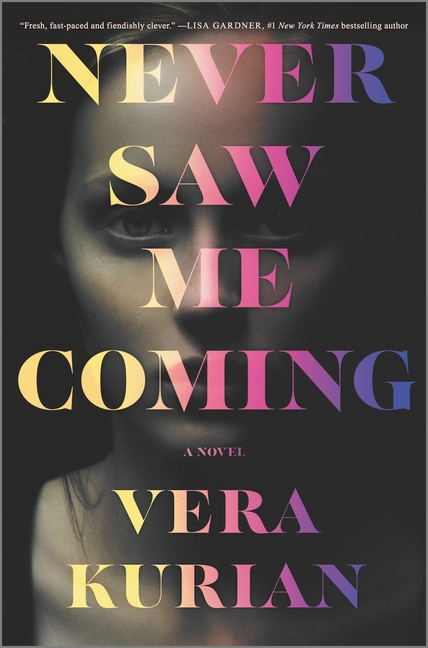 Publisher
Park Row
Date
September 7, 2021
It would be easy to underestimate Chloe Sevre... She's a freshman honor student, a legging-wearing hot girl next door, who also happens to be a psychopath. She spends her time on yogalates, frat parties and plotting to kill Will Bachman, a childhood friend who grievously wronged her. Chloe is one of seven students at her DC-based college who are part of an unusual clinical study of psychopaths—students like herself who lack empathy and can't comprehend emotions like fear or guilt. When one of the students in the study is found murdered in the psychology building, a dangerous game of cat and mouse begins, and Chloe goes from hunter to prey.

What The Reviewers Say
Rave Sarah Lyall,
New York Times Book Review
An absurd idea, but done with panache and wit. I devoured this riveting book through a day of travel...and into the night. My desire to rush to the end clashed with my desire to savor every word.
Read Full Review >>
Rave Christine Tran,
Booklist
Kurian expertly threads revenge and cat-and-mouse story arcs with Chloe’s frank, show-stealing narration. This bar-raising debut exposes the gray areas in an often-misunderstood disorder and defies readers to root against its psychopathic antiheroes.
Read Full Review >>
Positive Vicki Briner,
Library Journal
Readers won’t want to put down this fast and engaging debut novel, and they’ll root for the characters who’ve been cast as villains; Chloe is a particular paradox, simultaneously deplorable and charming. Kurian seamlessly interweaves multiple perspectives, though there are enough different points of view to overwhelm some readers. Those with a strong sense of justice might also be turned off by the fact that Chloe’s crimes go unpunished.
Read Full Review >>
See All Reviews >>
What did you think of Never Saw Me Coming?
© LitHub | Privacy