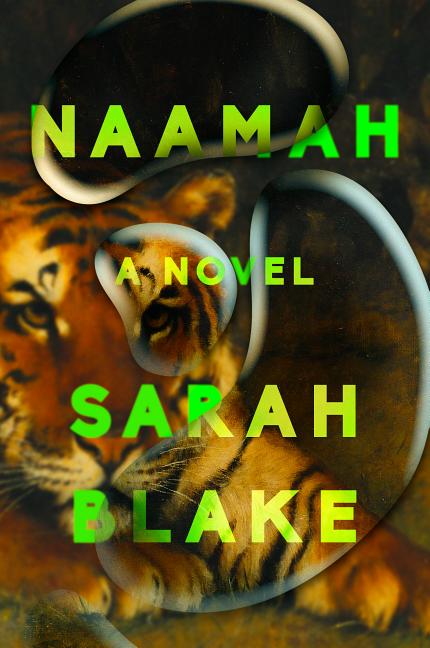 With the coming of the Great Flood—the mother of all disasters—only one family was spared, drifting on an endless sea, waiting for the waters to subside. We know the story of Noah, moved by divine vision to launch their escape. Now, Sarah Blake reclaims the story of his wife, Naamah, the matriarch who kept them alive.

What The Reviewers Say
Rave Joan Silber,
The New York Times Book Review
... a really very wild and superbly intelligent reimagining ... [the book is] written with a crafty poetic gleam ... The descriptions of animal life are meticulous and terrific ... There’s no shortage of images to engage us, but this book has the task of providing narrative suspense when we already know the outcome of events ... adopts a stance of wonder, even toward the innocently lethal wolves and tigers, and the writing is most sublimely clever when depicting the dilemmas of dealing with all creation in one locale ... If Naamah, this 21st-century riff on climate disaster, is too exasperated with [God] to be a monitory tale, it also left me with an abiding admiration for the writer’s charged powers of imagination.
Read Full Review >>
Rave Daphne Sidor,
Lambda Literary
...[a] vivid first novel ... what does it mean to be a woman? How exactly is God’s presence distributed throughout creation?—these sojourns in other realms might have become unbearably high-flown. Instead, thanks to Blake’s attentive world-building, they read as natural side missions from the story’s un-science-fiction narrative ... Naamah houses an improbable bounty of life. Blake has packed a remarkable amount of earthly experience that is wondrous, funny, queasy, erotic into an ancient vehicle. Then, she made it sail.
Read Full Review >>
Positive Bridey Heing,
Paste
The narrative’s thread is sometimes lost when Naamah delivers quippy dialogue while moving between reality and dreams—and with it, the urgency to Naamah’s story. The rambling effect this can have is one of the book’s most significant shortcomings, yet these passages are worth sticking through. Blake ultimately succeeds in making this woman of antiquity feel of our times, offering no easy answers to the many questions Naamah poses. By highlighting Naamah and her struggles, the story of the ark becomes more convoluted. No longer is it a story about a righteous man chosen by God to do a job, which he does well. Instead, it’s a story about the many who died to make a new world, about the messiness that goes into taking care of animals, about faith in a future one can build. Blake turns this biblical tale on its head, making it more challenging and moving in the process.
Read Full Review >>
See All Reviews >>
SIMILAR BOOKS
Fiction

Fake Accounts
Lauren Oyler
Positive
What did you think of Naamah?
© LitHub | Privacy