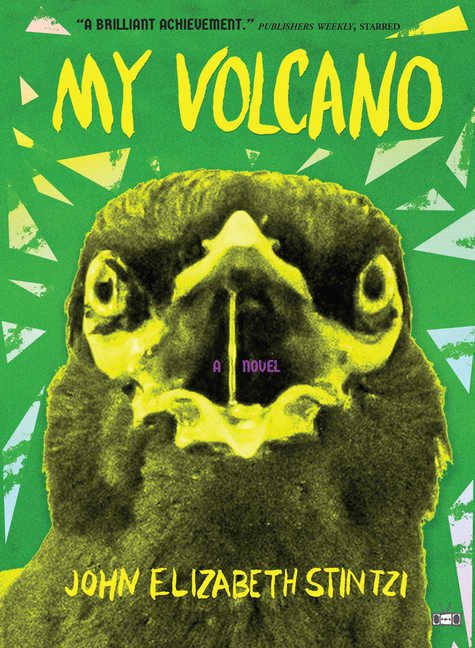 A kaleidoscopic portrait of a menagerie of characters, as they each undergo personal eruptions, while the Earth itself is constantly shifting.

What The Reviewers Say
Rave Eileen Gonzalez,
Foreword Reviews
Incisive and painful ... The nonlinear narrative moves back and forward and back again, showing how the characters’ stories could have ended before 'resetting' to explore other outcomes. Each episode stresses the interconnected nature of all: whether an individual likes it or not, their lives and actions affect not only themselves, but their friends, their neighbors, and their planet. The suggestion is sobering: while the world in My Volcano may proffer second chances, the real world does not ... My Volcano is a captivating novel about the consequences of letting obvious dangers fester and grow.
Read Full Review >>
Rave Brett Josef Grubisic,
Toronto Star (CAN)
A fever dream that whirs together homicide statistics from 2016 with an array of outlandish science fiction tropes. An allegory about the mutability of all things. An unsettling meditation on the 21st century’s strange reality. An apocalyptic phantasmagoria where bizarre kaiju roam the lands and wreak havoc. A lyrical treatise on volcanoes as metaphors. A wild ride ... Stupendous ... The unfettered abundance, uniqueness and irreducibility of Volcano will likely encourage as many interpretations as the book has readers ... Stintzi’s kaiju creatures are anything but run of the mill ... My Volcano is gripping, of course. Monsters, time travel and super-volcanoes seldom fail to impress. Stintzi juggles seriously unhinged plot elements with an impressive verve, but the thoughtfulness of the characters...as the world they know faces unprecedented crisis is an abiding pleasure.
Read Full Review >>
Positive Arlene McKanic,
BookPage
Have you ever read a book that was so off-the-wall bizarre that you thought, I can’t read this anymore, it’s too ridiculous, but it was also so compelling that you had to keep reading just to see what happens? John Elizabeth Stintzi’s harrowing novel My Volcano is one of those books ... The novel’s narrative scope is tremendously broad.
Read Full Review >>
See All Reviews >>
SIMILAR BOOKS
Coming Soon

Fellowship Point
Alice Elliott Dark
Rave
What did you think of My Volcano?
© LitHub | Privacy