My Place in the Sun: Life in the Golden Age of Hollywood and Washington 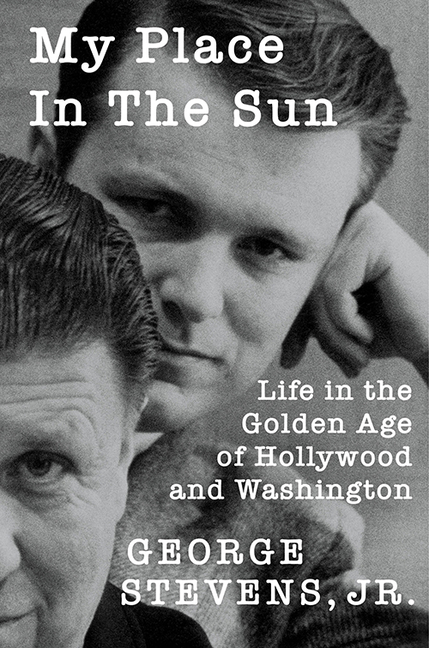 The son of a celebrated Hollywood director emerges from his father's shadow to claim his own place in American culture.

What The Reviewers Say
Positive Ann Hornaday,
Washington Post
My Place in the Sun is not a particularly tough or probing book: Stevens doesn’t settle scores, reward prurient curiosity or delve into any darker psychological dynamics that might have animated his relationship with his father, who died in 1975...But that might be altogether fitting for a filmmaker who knew that character is best revealed through action, not dialogue...Recalling when his father subtly gave his blessing for young George to leave L.A. for Washington, Stevens writes, 'It didn’t occur to me at the time, but he was teaching me how to be a father.'
Read Full Review >>
Positive Peter Tonguette,
Wall Street Journal
Accounts of his long-running holiday special 'Christmas in Washington' or a turn-of-the-millennium program he wrote and produced for CBS are not especially compelling...The book can wear thin, too, with its countless references to the Carters, the Clintons and the Obamas...And he sometimes has a bit too much good taste for his own good: He displaced the pioneering (if unrefined) director Raoul Walsh from a biopic of JFK, and gives only a single mention to the best film to emerge from the AFI Conservatory for student filmmakers—David Lynch’s innovative but déclassé 'Eraserhead'...But, as a portrait of Mr. Stevens’s remarkable family, the memoir delivers...At one point, Mr. Stevens, an only child, writes that his father had 'gambled the family destiny on me'...The elder Stevens had bet correctly: His son proved to be an able keeper of his flame, and that of many others.
Read Full Review >>
Positive Jim Kelly,
Air Mail
George Stevens Jr., now 90 years old, writes beautifully about his dad, the director George Stevens, in his memoir, an account he can bring vividly to life because as a young man he witnessed the making of such classics as A Place in the Sun, Shane, and Giant...Red Dog made a couple of attempts to direct his father’s kind of movies, and thought he had a deal with David Selznick to do Hawthorne’s The Scarlet Letter until he learned that Selznick’s wife, Jennifer Jones, then 40, would be playing the young adulteress Hester Prynne...Not only was the movie-studio business changing, but Stevens himself was drawn into politics, working for Edward R. Murrow and the United States Information Agency during the Kennedy administration...He stayed in the Kennedy orbit long after J.F.K. died, including producing campaign films for Bobby Kennedy...So it is perhaps appropriate that Stevens is best known for producing the Kennedy Center Honors, which grew out of a TV gala in 1977 celebrating the 10th anniversary of the American Film Institute (A.F.I.), which Stevens had founded. A.F.I. already had its own successful annual tribute show, and to watch some of these shows on YouTube today (the Jimmy Cagney, Fred Astaire, and Alfred Hitchcock dinners are especially good) is to watch a master class in pacing, casting, and taste...It is a measure of why Stevens is such a trusted showman that the spiciest bit we get is that at the first A.F.I. awards show, in 1973, which honored John Ford, President Richard Nixon lavishly praised a mildy stunned Gregory Peck backstage for his performance as Jess Birdwell in Friendly Persuasion, the 1956 William Wyler film...What could Peck say except 'Thank you, Mr. President,' wondering why after so many viewings he had not noticed Gary Cooper played the role.
Read Full Review >>
See All Reviews >>
SIMILAR BOOKS
Graphic Novels

Tears Over Russia: A Search for Family and the L…
Lisa Brahin
Rave
History

A Good Country: My Life in Twelve Towns and the …
Sofia Ali-Khan
Positive
History

France: An Adventure History
Graham Robb
Rave
What did you think of My Place in the Sun: Life in the Golden Age of Hollywood and Washington?
© LitHub | Privacy