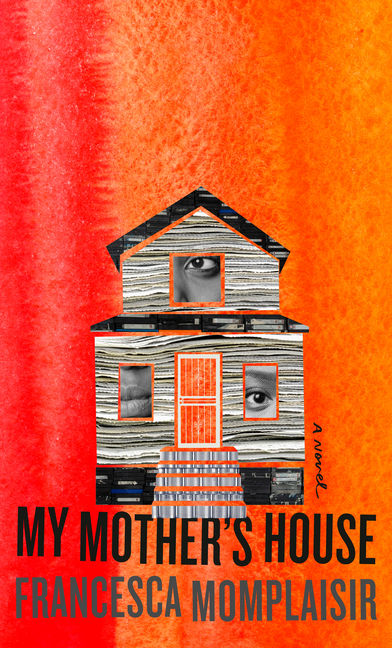 A house in 1960s Queens, N.Y., narrates a tale about its owner, a Haitian immigrant named Lucien, whose abuse of women and girls has caused unspeakable sorrow and sheds light on the pain of colonial history and the immigrant experience.

What The Reviewers Say
Rave Reba Leiding,
Library Journal
In Momplaisir's hands, Lucien's character is multidimensioned and his rendering almost sympathetic ... Dense with poetic imagery, this debut novel is propelled forward by rich detail that mercifully obfuscates some of its violence. A tour de force; Momplaisir is a writer to watch.
Read Full Review >>
Rave Mary Retta,
Tor.com
... dark and unsettling ... Momplaisir’s story is a challenging and complex one, but ultimately a success. Through an unflinching look at Lucien’s violence and emotional damage towards the other characters in the novel, the book does an incredible job at portraying the generational traumas that immigration and poverty can have on a family. My Mother’s House does not shy away from other sensitive and rarely heard narratives such as societal indifference to Black women’s pain and the ways that women are marginalized in social unrest and migration, and the responsibility of women and matriarchs to protect against violence that they are also subject to ... By far, one of the author’s greatest strengths was her ability to weave the house into the narrative as not only an object, but a character, as the La Kay chapters reveal the house’s devastation at the horrors happening within Its walls, and Its frustration at not being able to stop it ... impossible to pigeonhole; though it’s marketed as a literary thriller, elements of the novel also qualify as horror, realistic fiction, and magical realism ... Many authors would not be able to pull off a novel that encapsulates so many genres and styles, but Momplaisir’s beautiful, poetic prose and impeccable narrative pacing melds each of these literary elements perfectly to create a satisfying, slow burning narrative and an unforgettable read that caters to a variety of interests ... Though thriller drives the plot forward, at times, the horrors of the book become almost too much to bear. Certain scenes in the novel are simply not for the faint of heart—torture, immense cruelty, violence, and a particular moment involving the abuse of a cat come to mind as making my stomach turn. Momplaisar’s prose, which effortlessly evokes strong emotions and creates vivid imagery in very few words, allows the reader to viscerally understand and experience each victim’s harm. Like La Kay, the reader is forced to watch the unspeakable horrors occurring in the house and desperately wish there was a way we could make them end ... tackles some of our most pressing societal issues, including gentrification, racial injustice, and the psychological harm of migration, with rarely encountered grace and an unflinching eye.
Read Full Review >>
Positive Arlene McKanic,
BookPage
Momplaisir shows how Lucien’s wickedness and perversity allow him to exploit other Haitian immigrants, especially women. In this way, Momplaisir illuminates the darker side of immigrant life, in particular Haitian immigrant life ... Still, Momplaisir makes you feel an ember of sympathy for Lucien, whose sole refrain since childhood has been 'I am nothing' ... In Momplaisir’s novel, cracks of light are always there to penetrate the dark.
Read Full Review >>
See All Reviews >>
SIMILAR BOOKS
Coming Soon

Fellowship Point
Alice Elliott Dark
Rave
What did you think of My Mother's House?
© LitHub | Privacy