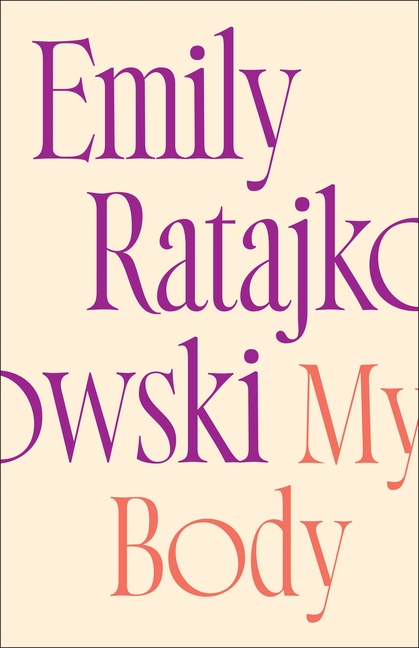 The model, actress, celebrity influencer and entrepreneur has sparked both praise and furor with the provocative display of her body, which could be interpreted as unapologetic sign of feminist empowerment or a marketing ploy. Here she charts the evolution in her thinking about our culture's commodification of women, drawing on her own experiences.

What is this?
Mixed
Based on 16 reviews

What The Reviewers Say
Rave Alex Malm,
Manhattan Book Review
My Body is well written, introspective, and deep. It offers an interesting lens through which to view a toxic industry, although Ratajkowski does not hesitate to admit her role in accepting the bad behavior. She excels in pushing the reader to open their eyes to a complicated balance between recognizing sexist treatment and using it to one’s advantage. I found Ratajkowski’s unpacking of her complex relationship with her body really interesting, and she brought up points I never would have considered if not for this book.
Read Full Review >>
Mixed Scaachi Koul,
Buzzfeed
What an impossible task Emily Ratajkowski gave herself—it’s admirable, really, her efforts to better understand the arcane, patriarchal, racist, capitalistic measurements of physical beauty that have allowed her to be famous and successful and rich ... Honestly, the whole book is pretty depressing, a constant push-pull between Ratajkowski’s self-awareness and the greater forces that commodified her ... Ratajkowski’s clean, clear writing does what you want it to do; it wrestles with what it means to be conventionally attractive ... Where Ratajkowski fails is in thinking more critically about her place in the world, in the continuum of women feeling bad about their bodies, being discriminated against for their bodies, being abused and assaulted for their bodies. There seems to be almost no recognition in her writing that her body is held up as a standard — not necessarily by her, but by other people intent on maintaining the beauty status quo — used to shame people who don’t look like her ... The thing that she’s trying to understand in a more holistic, intersectional way is the very thing that has given her a good, comfortable life. I don’t begrudge her those moments of low self-esteem or the individuals in her life who seem to think she’s nothing but a body, but when taken in the larger context of fat-shaming and body discrimination, hers is an unfulfilling tale ... My Body doesn’t give us any way to move forward, any idea what to do with our punishing self-hatred or the way men profit from women’s beauty ... People are entitled to look however they want, Ratajkowski included, even if her body sometimes makes me feel bad about my own. That’s not her fault, per se — but she is an active participant in a system that raises her up and makes me hate jean shopping. That dichotomy is missing from her reflections ... My Body doesn’t cut as deep as I want, but it cuts all the same
Read Full Review >>
Mixed Molly Young,
The New York Times Book Review
'Buying Myself Back'...is the strongest of the 11 collected here, which are serious, personal, repetitive and myopic ... ambiguity is present in these essays, often frustratingly so. Part of the problem is that Ratajkowski’s conception of herself is at odds with the reality she describes, which is a sincere but exasperating kind of celebrity dysmorphia ...There are moments of courageous self-disclosure in My Body, and passages that made me laugh ... The essay about 'Blurred Lines' is the one that most clearly captures the perplexing nature of Ratajkowski’s position. She’s thoughtful and skeptical, and has been treated wretchedly over the course of her career; she grapples intently with her sense of victimization at the hands of those who would use her body to sell their products. It seems strange, then, that her empowerment should arrive in the form of doing exactly that, albeit on her own terms and with her own products ... That, it seems to me, is the unsolvable moral question at the heart of this book.
Read Full Review >>
See All Reviews >>
What did you think of My Body?
© LitHub | Privacy