Murder on the Left Bank 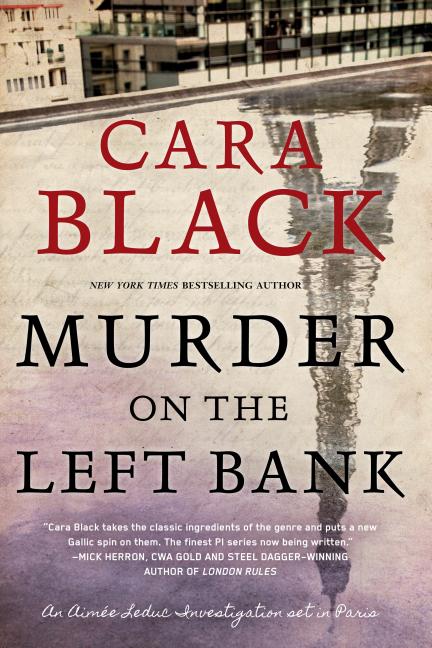 A confession fifty years in the making puts everyone’s favorite Paris détéctive très chic, Aimée Leduc, on a collision course with the 'Hand,' a cabal of corrupt Parisian cops among who masterminded her father's murder.

What The Reviewers Say
Positive Bruce Tierney,
BookPage
I have looked forward to each new installment of Cara Black’s series ... I’ve read them all, and there isn’t a clinker in the lot ... Black’s milieu-driven novels could not take place anywhere other than the City of Light, and they are all the better for that.
Read Full Review >>
Positive Lloyd Sachs,
Chicago Tribune
...[a] marvelous mystery tour of Paris ... Murder on the Left Bank boasts all of Black's trademark charms, including deft plotting, sharp dialog and colorful sights and sounds.
Read Full Review >>
Positive Tom Nolan,
The Wall Street Journal
Even after 17 books, Ms. Black has intriguing corners of Paris to reveal—from an enclave of ateliers once home to the likes of Gauguin and Rodin to a crime-ridden neighborhood where 'no one wanted to be witnessed witnessing.' And her heroine remains an unpredictable work in progress herself: a daughter faithful to the memory of a father she nonetheless fears may have collaborated with the Hand; a doting but still unmarried mother; enough of an existentialist to answer the question 'Who are you?' with, 'In the scheme of life? To be determined.'
Read Full Review >>
See All Reviews >>
SIMILAR BOOKS
Fiction

The Lamplighters
Emma Stonex
Rave
What did you think of Murder on the Left Bank?
© LitHub | Privacy