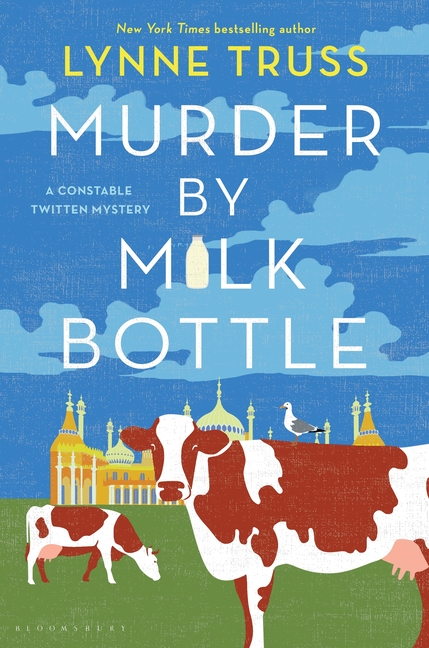 What The Reviewers Say
Positive Tom Nolan,
Wall Street Journal
Murder by Milk Bottle flows at a swift pace ... The plot thickens some more as readers learn of other apparent connections between the killings and the Milk Girl’s past schooling ... Ms. Truss’s approach to crime fiction owes as much to English comedy classics like The Goon Show and Monty Python’s Flying Circus as to vintage British police-procedural series like Dixon of Dock Green or Fabian of the Yard. Her sharp-toothed whimsy may be an acquired taste, but it’s one well worth savoring.
Read Full Review >>
Positive Kirkus
Truss faithfully re-creates both the ingenious appeal and the formulaic limitations of golden-age puzzlers.
Read Full Review >>
Rave Publishers Weekly
In bestseller Truss’s outstanding third Constable Twitten mystery, three murders by milk bottle over three hours in 1957 Brighton, England, lead to editorials wondering whether the city has become 'the new milk-bottle murder capital of Great Britain.' ... In her ability to blend crime and farce, Truss is in a class of her own.
Read Full Review >>
See All Reviews >>
SIMILAR BOOKS
Fiction

Find You First
Linwood Barclay
Positive
What did you think of Murder by Milk Bottle?
© LitHub | Privacy