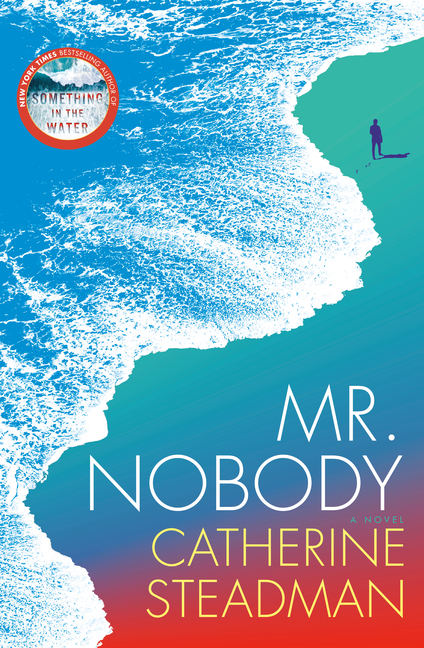 When a man is found on a British beach, drifting in and out of consciousness, with no identification and unable to speak, interest in him is sparked immediately. From the hospital staff who find themselves inexplicably drawn to him, to international medical experts who are baffled by him, to the national press who call him Mr. Nobody, everyone wants answers. Who is this man?

What The Reviewers Say
Rave Carol Memmott,
The Washington Post
... a page-turning tale ... a highly imaginative tale tinged with Hitchcockian tension and kinetic pacing ... Steadman’s deliciously provocative novel dishes up enough questions to fill the entire space devoted to this review. She cleverly cloaks them in more mysteries, turns and shocking revelations ... pits fascinating characters against each other and allows them to act on their worst impulses ... [Steadman’s] literary instincts are spot on, and the protagonists she creates feel as alive as some of the characters she’s inhabited on film ... This talent for inhabiting characters carries over into her writing: 'Mr. Nobody' and Emma Lewis, though invented, seem so real. 'Mr. Nobody' turns out to be somebody, and his unmasking makes for a delightfully compelling story.
Read Full Review >>
Rave Molly Sprayregen,
The Associated Press
...a mesmerizing psychological thriller ... In a series of exciting twists and shocking turns, Emma and Mr. Nobody come to discover they are connected in ways neither could have imagined ... Steadman’s story is wholly unique and exceedingly well executed ... The writing is as crisp as the story itself. Its decisive urgency will make readers desperate to find out what happens next.
Read Full Review >>
Positive Sarah Murdoch,
Toronto Star (CAN)
Mr. Nobody, her new suspenser, has an entirely different mouth feel but is just as satisfying [as Steadman's debut novel Something in the Water] ... It’s a double puzzle, with Emma confronting her own past while helping her charismatic patient discover his. Great fun, told from shifting perspectives.
Read Full Review >>
See All Reviews >>
SIMILAR BOOKS
Fiction

The Lamplighters
Emma Stonex
Rave
What did you think of Mr. Nobody?
© LitHub | Privacy