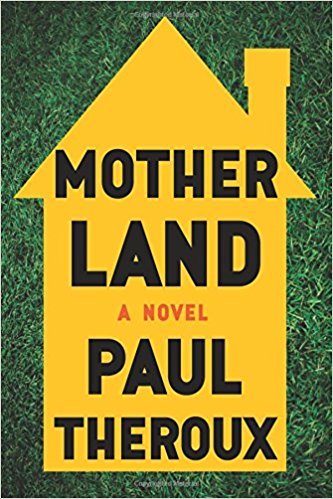 A darkly comic novel set in a Cape Cod town about a family held together and torn apart by its narcissistic matriarch.

What The Reviewers Say
Rave Michael Upchurch,
The Boston Globe
Yet Mother Land isn’t just a hatchet job. It’s too antic and unpredictable in its sympathies to be that. Jay’s portrait of the verbally extravagant Floyd is a treat, whether they’re feuding or in cahoots. His take on his progenitor reveals as much about Jay as it does about her. When he writes, 'Mother wanted praise, needed attention, craved to be noticed and marveled at, and like a tantrum-prone two-year-old, she wanted independence,' he could be describing himself. If this is a self-portrait, it’s a scathing one ... Theroux, fusing anguish and glee as he picks at the same raw scabs for 500-plus pages, evokes something truly memorable: a realm many come from, to which some of us have no desire to return.
Read Full Review >>
Mixed Stephen King,
The New York Times Book Review
...[an] exercise in self-regarding arrogance and self-pity ... And still, I sort of liked it. As with some of the more gruesome Thomas Hardy novels (Jude the Obscure comes to mind), reading Mother Land is like watching a slow-motion car crash ... Theroux can tell a story when not occupied with his narrator’s need to enumerate old hurts and settle old scores ... Mother Land is an exercise in mean-spirited score-settling. It’s also fun ... Is style enough? Shall we read this Bible-size rant for its prose? The reader must decide for him- or herself. As for me, I enjoyed Mother Land against my will.
Read Full Review >>
Rave Dave Seminara,
The Los Angeles Review of Books
Paul Theroux has finally taken the plunge with Mother Land, a stunningly perceptive and wickedly funny autobiographical novel that will no doubt infuriate his family members and thrill his readers … The focal point of Mother Land is, of course, Mother — a cold, manipulative shrew fond of making hideously thick pea soup and telling her brood that their failings are ‘their own goddamned fault.’ Her shortcomings are infuriating and at times hilarious … Theroux skillfully captures the hazards of returning home in late middle age — the feelings of failure and defeat, the sense of déjà vu and returning to a childlike state, and the depressing realization that in witnessing a parent’s decline, one is getting a grim preview of one’s own impending fate.
Read Full Review >>
See All Reviews >>
SIMILAR BOOKS
Fiction

All the Broken Places
John Boyne
Mixed
What did you think of Mother Land?
© LitHub | Privacy