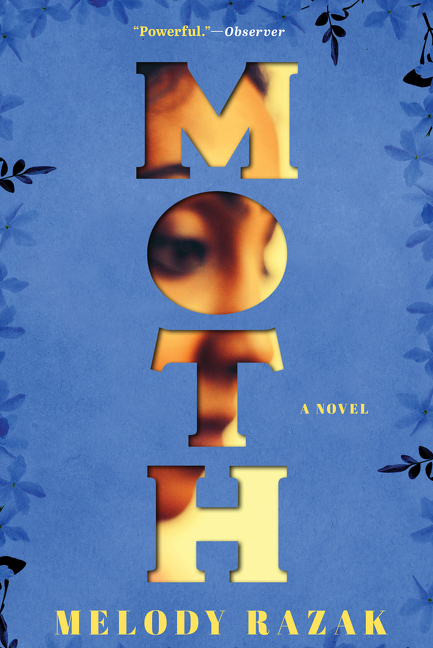 Delhi, 1946. Fourteen-year-old Alma is soon to be married despite her parents’ fear that she is far too young. But times are perilous in India, where the country’s long-awaited independence from the British empire heralds a new era of hope—and danger. Given the uncertain times, Alma’s parents, intellectuals who teach at the local university, pray that marriage will provide Alma with stability and safety.

What The Reviewers Say
Rave Hephzibah Anderson,
The Observer (UK)
... frames with horror and mystery – lush poetry, too – an atmospheric dramatisation of India’s troubled start and the creation of Pakistan, as told through the fate of one family of Delhi Brahmins ... even as wedding preparations gather pace, it’s hard to shake the dread instilled by the novel’s dreamlike – nightmarish, really – opening moments ... Before becoming a writer, Razak was a pastry chef and cake shop owner, and India’s culinary riches flavour her prose just so ... Other characters are just as vivid ... The sounds of muezzin that float across the city are soothing, the air is soft with the scent of jasmine and rose, and conversations are strewn with quotes from Tagore. At least, that’s how the first half of Moth reads. However, this is as much a story of the riving of naivety as it is about the loss of innocence, and partition’s agonies go abruptly from being a political tragedy, discussed over supper, to a source of intense personal anguish ... The end, when it comes, is brisk, but readers will be grateful for the hope that flutters from Razak’s closing pages. With its unflinching focus on violence against women, her strong, captivating debut tells a story that is at once firmly rooted in a time and place and yet pressingly relevant to the here and now.
Read Full Review >>
Rave Bethany Latham,
Booklist
Razak’s first novel follows the family and country through upheaval and loss, terrible brutality, and moments of beauty and kindness. The depth of characterization is remarkable, as is the evocation of place, solidly anchored through touch, scent, and especially taste—thick, oiled hair plaited by deft fingers, the perfume of jasmine wilting in summer heat, the flavor of crispy-sweet jalebi. This is a devastating yet vital tale of suffering and strength from an exceptional debut author.
Read Full Review >>
Rave Kirkus
... shattering ... Razak’s carefully structured narrative skillfully builds the growing sense of dread that has anxious readers fearing for her richly drawn characters. The author, who was inspired by a BBC audio series called Partition Voices and who traveled extensively across India, writes with sensitivity and empathy, vividly capturing the rhythms of daily Indian life as well as the harrowing sectarian and ethnic upheavals that upended so many lives ... An exceptional novel that is historical fiction at its finest.
Read Full Review >>
See All Reviews >>
SIMILAR BOOKS
Fiction

Act of Oblivion
Robert Harris
Rave
What did you think of Moth?
© LitHub | Privacy