More Than You'll Ever Know 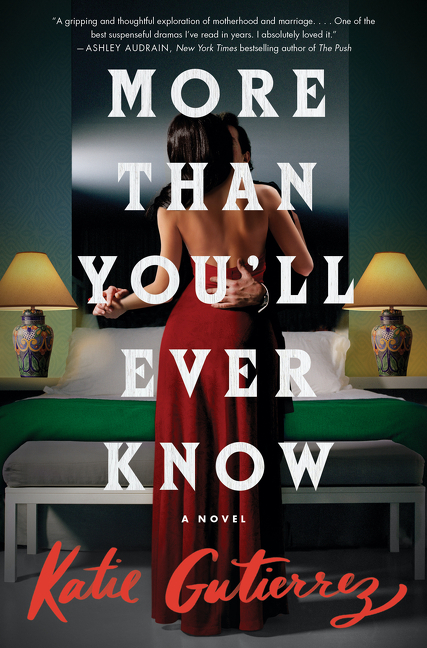 In 1985, Lore Rivera marries Andres Russo in Mexico City, even though she is already married to Fabian Rivera in Laredo, Texas, and they share twin sons. Through her career as an international banker, Lore splits her time between two countries and two families—until the truth is revealed and one husband is arrested for murdering the other. In 2017, while trawling the internet for the latest, most sensational news reports, struggling true-crime writer Cassie Bowman encounters an article detailing that tragic final act. Cassie is immediately enticed by what is not explored: Why would a woman risk everything for a secret double marriage? Cassie sees an opportunity—she'll track Lore down and capture the full picture, the choices, the deceptions that led to disaster. But the more time she spends with Lore, the more Cassie questions the facts surrounding the murder itself. Soon, her determination to uncover the truth could threaten to derail Lore's now quiet life--and expose the many secrets both women are hiding.

What The Reviewers Say
Positive Chandler Baker,
The New York Times
﻿Gutierrez’s story encompasses a global recession, the devaluation of the peso, a devastating earthquake in Mexico City and the 1986 World Cup. By slipping back and forth across borders, alternating between Spanish and English and different points of view, Gutierrez creates the impression of lines easily crossed. The extent to which readers understand Lore’s decision to commit to two men and two families will act as a sort of personality test: How open-minded, how forgiving, how morally pliable are you? I can hear the book club discussions now ... While Gutierrez’s attempt to draw a parallel between Cassie and Duke’s relationship and that of Lore and her first husband, Fabian, feels tenuous, each woman’s desire to be known and understood is undeniably powerful ... And, really, isn’t that one of fiction’s most critical functions — not to make us agree, but to strengthen our empathy muscles?
Read Full Review >>
Rave John Charles,
Library Journal
Gutierrez handles her debut novel’s multiple timelines, Texas and Mexico settings, and alternating viewpoints with aplomb, and crafts an enthralling story that not only explores the human fascination with true crime but also deftly plumbs the depths of marriage and motherhood ... Mystery fans beguiled by Donna Tartt’s The Goldfinch and women’s fiction readers who adored Taylor Jenkins Reid’s The Seven Husbands of Evelyn Hugo will equally fall under the spell of this totally transporting tale.
Read Full Review >>
Positive Michael Cart,
Booklist
Gutierrez has written a compelling, character-driven crime story that holds the reader’s interest to its very end, which, yes, is slightly ambiguous, but then, as Lore believes, truth is a malleable thing.
Read Full Review >>
See All Reviews >>
SIMILAR BOOKS
Fiction

Paradais
Fernanda Melchor, trans. by Sophie Hughes
Rave
What did you think of More Than You'll Ever Know?
© LitHub | Privacy