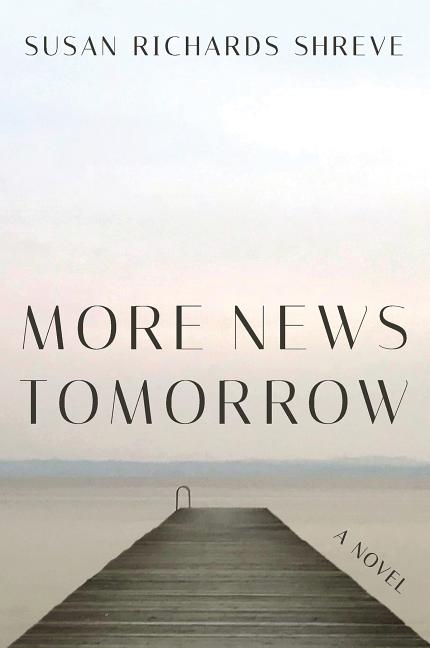 Publisher
W.W Norton & Company
Date
June 4, 2019
On the morning of her seventieth birthday, Georgianna Grove receives an unexpected letter that calls her back to Missing Lake, Wisconsin, where her mother was murdered sixty-six years earlier. Georgie’s father had confessed to the murder the next morning and was carted off to a state penitentiary. Haunted by the night that took both her parents away and determined to unearth the truth, Georgie takes her reluctant family on what will become a dangerous canoe trip up the swollen Bone River to return to Missing Lake.

What The Reviewers Say
Positive Bethanne Patrick,
The Washington Post
Susan Richards Shreve writes with grace and perspicuity, and, what’s more, dares to write about people of all ages as if each is a human being worthy of our attention. In her new novel, More News Tomorrow, even the youngest character blossoms as an individual in the course of the action. And the oldest, too: The story’s protagonist, Georgianna 'Georgie' Groves, is about to turn 70. That’s right, an entire book devoted to the story of a senior citizen. How audacious ... Both William and the omniscient narrator obsess over Josie’s weight and the fact that she hasn’t returned to her pre-pregnancy shape; Georgie, likewise, is preoccupied with her image. This superficiality serves little purpose, though, other than to distract from weightier themes. It’s an odd, off-key note in what is otherwise a well-tuned mandolin of a gothic adventure.
Read Full Review >>
Positive Kirkus
Shreve creates a spooky atmosphere with stormy weather, eerie parallels between past and present, and at least one threateningly crazy woman. Even spookier is the backdrop of 20th-century racism, anti-Semitism, and anti-immigration feeling that are all too familiar today. Part gothic novel, part adventure story, but primarily a meditation on surmounting misfortunes that may lie beyond an individual’s control.
Read Full Review >>
Positive Carol Haggas,
Booklist
With a keen sense of place and pacing, Shreve...weaves a subtle but unrelenting pattern of malevolence in this portrait of a woman burdened by the sins of her father and sustained by her unshakable belief in his innocence.
Read Full Review >>
See All Reviews >>
What did you think of More News Tomorrow?
© LitHub | Privacy