Modernists and Mavericks: Bacon, Freud, Hockney and the London Painters 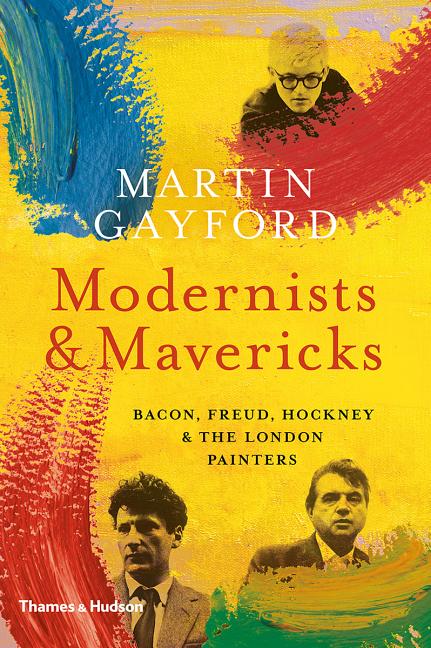 An account of the painting scene in London from the Second World War to the 1970s, illustrated by documentary photographs and the works themselves, by a member of the artists' inner circle.

What The Reviewers Say
Rave Dominic Green,
The Wall Street Journal
As he traces London’s art scene from the 1940s to the 1970s, the configuration of friends and rivals he presents is as lucid as a family tree. Filled with vivid anecdotes that might have otherwise disappeared into the Soho air, Modernists & Mavericks is Mr. Gayford’s masterpiece, and a major work of modern art history ... Mr. Gayford identifies a common thread of 'idiosyncratic accommodations'—to the history of art, to photography, to war and its aftermath, to Romantic Paris and the romance of postwar London. He also detects a common pursuit of what Freud called 'art that is in some way concerned with truth'—an effort to produce painting that, in Mr. Gayford’s words, 'felt like reality without imitating it.'
Read Full Review >>
Rave Rachel Cooke,
The Guardian
This is a panorama, one that feels in some senses definitive (largely, perhaps, because he has the guts to turn periodically away from the most famous figures of the time, the better to allow other names—David Bomberg, say, or Victor Pasmore—a look in). But it also swirls excitingly. Even the long, drawn-out conflict between abstraction and figuration appears here not as some dry, academic thing, but as the very air artists breathed—and on which some of them would end up choking ... Gayford deploys [Francis] Bacon’s voice to brilliant effect, and you hang on to every word, from his conviction that he wanted his pictures to look as if a human being had passed between them, leaving a trace of human presence 'as a snail leaves its slime' ... In Modernists & Mavericks, then, he [Bacon] is inevitably the star around which all the other planets orbit.
Read Full Review >>
Rave Michael Prodger,
The Sunday Times
As Martin Gayford shows in his superb survey of British painting from 1945 to 1970, London—almost exclusively—became the gathering place for young men and women determined to make art appropriate for the new age ... Gayford has interviewed many of the leading British artists of the postwar generation and, for good measure, has been painted by Freud and written books with David Hockney. These encounters have given him a great deal of verbatim comment from figures who were at the front line; he has mined it with adroitness to illustrate the shifts and movements of the period ... in this wonderfully accomplished book, full of anecdotes and aperçus, there is hardly an anodyne figure. If, time and again, Gayford reinforces Roger Hilton’s observation that 'very few artists know what they are doing,' his mavericks made unique and gripping art as they tried to find out.
Read Full Review >>
See All Reviews >>
What did you think of Modernists and Mavericks: Bacon, Freud, Hockney and the London Painters?
© LitHub | Privacy