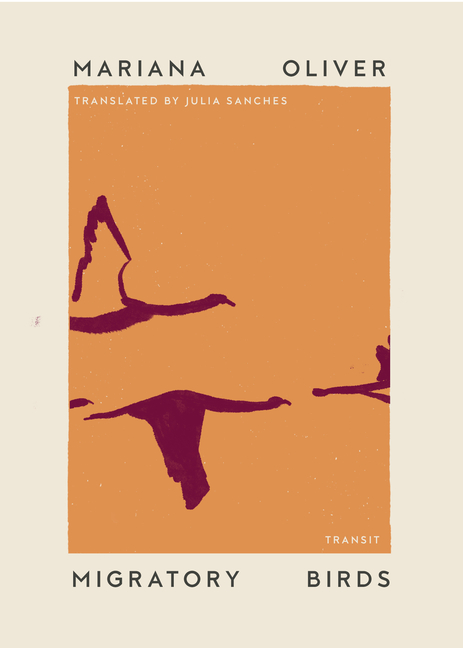 Mexican essayist Mariana Oliver trains her gaze on migration in its many forms, moving between real cities and other more inaccessible territories: language, memory, pain, desire, and the body. Oliver leads us through the underground city of Cappadocia, explores the vicissitudes of a Berlin marked by historical fracture, recalls a shocking childhood exodus, and recreates the intimacy of the spaces we inhabit.

What The Reviewers Say
Rave David Boyd,
Asymptote Journal
Migratory Birds revels in motion. Through eleven essays, Oliver roams freely, from Turkey’s largest underground city ('Cappadocia') to Florida-as-Cuba’s-Neverland ('The Other Lost Boys and Girls'), offering a spellbinding view of migration, memory, and belonging ... Migratory Birds reads beautifully in the English translation by Julia Sanches ... Sanches strikes a perfect balance between precision and flexibility ... Although such linguistic connections, meant to guide us gently from one scene to the next, could not be carried over into English, the rhythm of Sanches’ translation ensures that we’re never roused from the dream.
Read Full Review >>
Positive Kat Solomon,
Chicago Review of Books
These short, lyric essays explore notions of migration and the ways that language both complicates and enriches the search for home ... The transcendence of boundaries becomes a central metaphor for the rest of the essays in the collection, as Oliver turns her attention to human examples of migration, exile, and translation ... [In 'The Other Lost Boys and Girls'] Oliver tries to find resonance with Barrie’s original novel Peter Pan, but here the comparisons seem a bit forced, falling flat before the actual historical crime ... Oliver seems most incisive when describing the geography of foreign cities and metaphorical symbols ... details from Oliver’s personal life tantalize the reader, opening a host of questions and possibilities, yet the essay ends abruptly, and these threads are never taken up again ... Despite some occasional lapses, Migratory Birds is a beautiful collection, luminously translated, from a young writer who is likely only at the beginning of discovering her power.
Read Full Review >>
Rave Farah Abdessamad,
Los Angeles Review of Books
Migratory Birds transports the reader on the wings of a precise and lyrical prose ... sensitive and illuminating ... It is a decidedly feminist work, highlighting the vulnerabilities of women—overworked, underappreciated—but also their empowering journeys and choices. Without denying the violence of history,Migratory Birds firmly establishes the emancipating power of dreams and the imagination. Julia Sanches, who also translates works from Portuguese and Catalan, elevates Oliver’s style while keeping her distinct voice and musicality.
Read Full Review >>
See All Reviews >>
What did you think of Migratory Birds?
© LitHub | Privacy