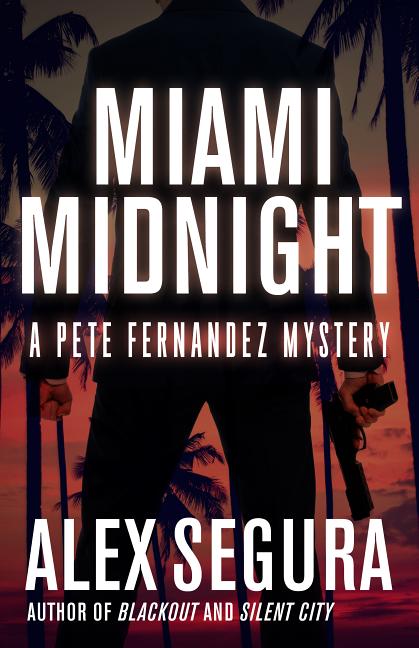 A year after Pete Fernandez's brush with death, an aging Cuban mobster asks the Miami PI to find out who killed his drug-addicted son and to locate his missing daughter-in-law. Pete soon discovers that the son's death might tie into the people that almost ended Pete's life.

What The Reviewers Say
Positive Jane Murphy,
Booklist
A dark and absorbing read from Miami native Segura, this fifth novel in an acclaimed series appears to be the finale. But fans will root for Pete’s return, not yet ready to part with the engaging sleuth or the compellingly evoked setting.
Read Full Review >>
Positive Jeffrey W. Hunter,
Library Journal
While some passages rehash events from previous books, Segura’s fifth in his series (Blackout; Dangerous Ends) is a page-turner that delivers. Thrills, spills, and chills ratchet ever-upward to a satisfying finale.
Read Full Review >>
Positive Publishers Weekly
Segura neatly pulls all the plot threads together ... An old-fashioned knight errant, Pete slogs and slugs his way forward until the last bullets have been sprayed. Fans of pulp detective fiction of an earlier era will appreciate this one.
Read Full Review >>
See All Reviews >>
SIMILAR BOOKS
Fiction