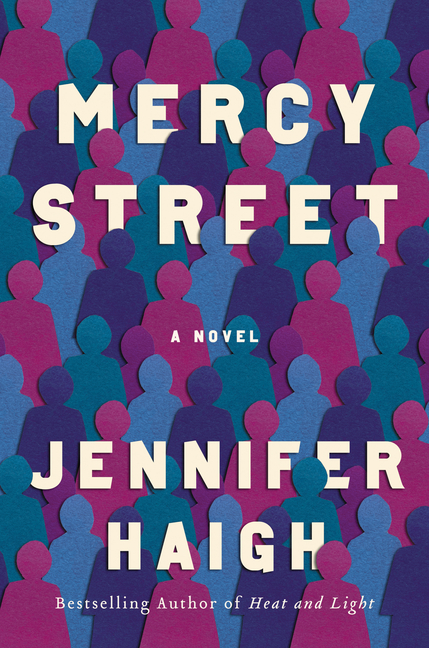 A story about the disparate lives that intersect at a women’s clinic in Boston.

What The Reviewers Say
Rave Sally Franson,
The San Francisco Chronicle
If all this sounds too depressing for your second pandemic winter: I promise it is not! Like most novels of this type, these characters’ story lines intersect in unexpected and moving ways. Haigh deftly walks across the fault line of one of the most divisive issues of our age, peeling back ideology and revealing what all ideology refuses to recognize: an individual’s humanity. This in itself is an act of mercy ... argues, both in form and content, that compassion is a powerful counterpoint to the conflict-driven stories that dominate our news cycles, our news feeds and our Netflix queues. In Haigh’s world, in other words, mercy may no longer be fashionable, but it sure is necessary.
Read Full Review >>
Positive Janet Maslin,
The New York Times
Haigh’s style is so unflashy. All she does is write straightforwardly about people she seems to know inside out. They’re the kinds of people who don’t often get close attention. Her books might feel traditional if she relied on simple structure, but she likes Altmanesque ways of weaving characters together. In her case, there’s nothing woozy to it. When some of these people collide, the eureka moments feel like car crashes ... Haigh does as well with the book’s embittered male figures as she does with a woman whose beliefs she likely shares. They could easily be caricatures, but she tries to plumb their anger.
Read Full Review >>
Mixed Cory Oldweiler,
The Boston Globe
It has to be difficult to fashion entertaining or edifying fiction from the freighted world of abortion politics, and Haigh succeeds only sporadically. In attempting to portray both camps, she falls into caricature, particularly in the character of Victor, an unremittingly hateful and ignorant abortion opponent. This is not to imply that he is unrealistic or unfamiliar; sadly, he is neither. But reading about people who solely elicit revulsion is both exhausting and not terribly interesting ... Surely there are clinics that only serve at-risk populations, but the dour mood feels at odds with the book’s dedication 'to the one in three,' cited in the text as the percentage of American women who 'would, at some point, terminate a pregnancy.' Clearly women seek an abortion for reasons besides being homeless or addicted or underage or living with a murderer; many do find a happy ending ... Claudia and Victor are on a collision course, one abruptly averted via lazy deus ex machina. An extended saccharine epilogue closes Claudia’s story with an upbeat bow, and allows Victor more unwanted bile, but the attempt at a happy ending seems, particularly in 2022, incredibly unlikely and far away.
Read Full Review >>
See All Reviews >>
SIMILAR BOOKS
Coming Soon