Mary Toft; Or, the Rabbit Queen 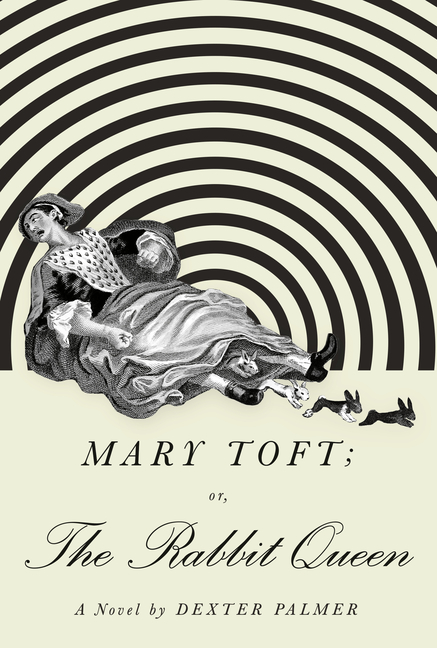 From the author of Version Control comes a novel based on a true story--in 1726 in the small town of Godalming, England, a young woman confounds the medical community by giving birth to dead rabbits. When this singular event becomes a regular occurrence, a local surgeon realizes that nothing in his experience as a village physician has prepared him to deal with a situation as disturbing as this.

What The Reviewers Say
Rave Katharine Grant,
The New York Times Book Review
Though Mary Toft; Or, The Rabbit Queen offers much that speaks to our own slippery times, it’s neither philosophy posing as a story nor a patronizing sneer at those gullible folk of yesteryear. Rather, taking literary license with the title character’s documented history, Palmer spins a cracking tale that, despite its disconcerting subject, is piquantly cheerful and compassionate ... Palmer never resorts to pantomime — except, perhaps, for Nathanael St. André, the first surgeon to hotfoot it to Godalming. With his artful conversation, voluminous wig, silken high heels and mini-me apprentice, he’s straight out of a Hogarth cartoon. Otherwise, with empathy and imagination, Palmer explores the master/apprentice relationship, first love and first rivalry, spite and kindness: conjuring a world to raise a wry smile, some brow furrowing and the occasional loud — very loud — gasp ... But what of Mary Toft herself? She is Palmer’s bravest interpretation...to me Palmer is paying Mary the compliment of complexity, raising her above her usual role as a vehicle for ridiculing the 18th-century medical profession. She is a woman whose story, both happily and unhappily, is rather more than the sum of its rabbit parts.
Read Full Review >>
Rave Alexander Moran,
Booklist
... a brilliant work of historical fiction ... like the historical fiction of Hilary Mantel and Caryl Phillips, Palmer does not shy away from the depravity of the past, particularly the violent desires of London’s elite. Expertly utilizing an actual bizarre historical event to explore faith, reason, and the foundations of our current economic system, this exhaustively researched and dexterously constructed novel is another triumph to add to Palmer’s incredibly diverse corpus of works.
Read Full Review >>
Rave Jason Heller,
NPR
Palmer takes great creative license in his expansion and retelling of the legend. Moreover, he takes a daring narrative leap: He tells the story not from Mary's perspective, but from the point of view of Zachary Walsh, a 14-year-old apprentice to the real-life figure of John Howard, a local surgeon in Godalming who helped discover Mary Toft and bring her to prominence ... From there, Palmer's impeccable research kicks in ... where there are gaps or fuzzy areas in the actual history of Mary Toft, Palmer fills in the illustration with lush detail, vivid characterization — and most importantly, philosophy ... Palmer has always been a novelist of big ideas, and Mary Toft is his most thoughtful work yet. Against a richly rendered backdrop of the Enlightenment, the novel embodies the conflict between faith and rationality ... Epistemology is a big pill to swallow in a work of historical fiction, but Palmer coats it with sure storytelling, a compelling voice in the form of Zachary, and a gripping mystery at the core of the story. And with the world still battling over many of the same issues of knowledge and faith today, the book rings uncannily relevant ... not only delivers such questions with brains and nerve, it breathes into them dramatic life.
Read Full Review >>
See All Reviews >>
SIMILAR BOOKS
Fiction

Act of Oblivion
Robert Harris
Rave
What did you think of Mary Toft; Or, the Rabbit Queen?
© LitHub | Privacy