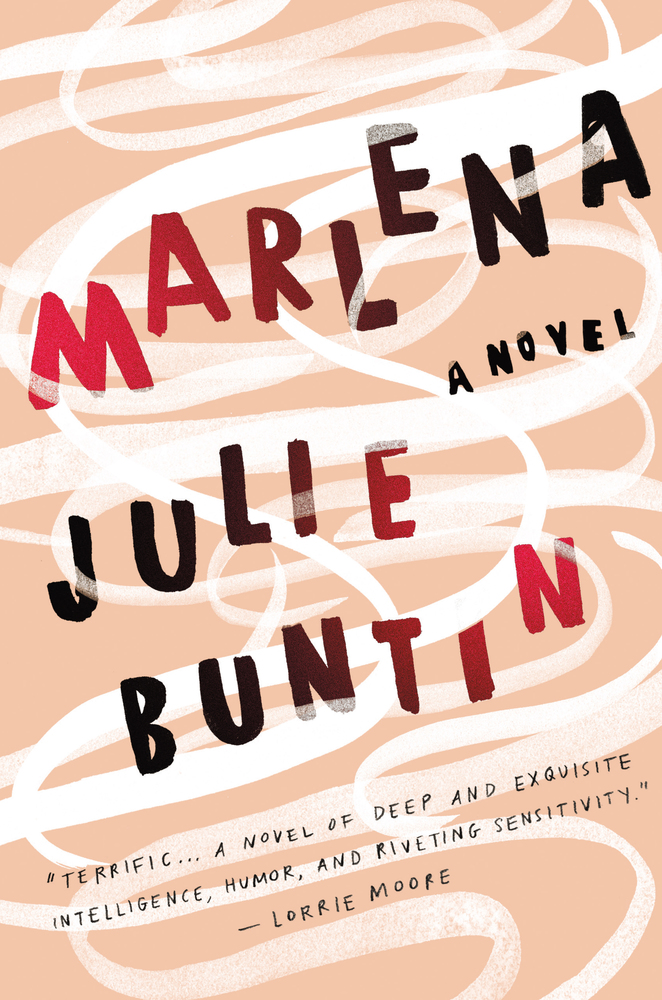 A coming of age novel about the intense friendship between two teenage girls living in rural Michigan town.

What The Reviewers Say
Rave Liz Moore,
The Boston Globe
...a thrilling and important examination of female adolescent friendship ... Marlena feels timeless, its vivid characters suspended in the difficult moment of awakening just before adulthood. It is a gem of a book, brief and urgent, nearly perfect in its execution ... We know from the start that Marlena will die. Buntin tells us this on the fourth page of her novel. This early revelation is a daring authorial move that, in lesser hands, would knock the tension out of the narrative. But when Marlena finally meets her end, it feels neither inevitable or muted: Instead, the loss of this young, bright life strikes readers as both surprising and tragic ... as Buntin heartbreakingly illustrates in the elegiac Marlena, there is a firm line that exists between children who are loved and cared for — even by a parent who makes mistakes — and children who are not.
Read Full Review >>
Rave Megan O'Grady,
Vogue
Julie Buntin’s standout debut novel cannily interweaves two different time frames to capture an electric friendship and its legacy ... Like Ferrante and Smith, Buntin is attuned to the way in which adolescent friends embolden and betray ... The novel’s most impressive passages concern the watermark that remains, visible in the light of too many after-work martinis, and in attempts at adult friendships.
Read Full Review >>
Positive Deborah Shapiro,
The New York Times Book Review
'We were basically statistics,' Cat tells us, but one of Buntin’s achievements is in acknowledging that reality while constructing characters that are anything but ... There’s a risk in writing straightforward, first-person prose about muted passivity, namely that such prose can begin to exemplify it, especially next to the more beautifully descriptive sentences here. And a few moments might have been more powerful with a little less of Cat’s somewhat redundant commentary on the nature of memory, time and loss. This generous, sensitive novel of true feeling is at its most moving when it sweeps you up without too much explication, becoming both a painful exorcism and a devoted memorial to friends and selves who are gone.
Read Full Review >>
See All Reviews >>
SIMILAR BOOKS
Coming Soon

Night of the Mannequins
Stephen Graham Jones
Rave
What did you think of Marlena?
© LitHub | Privacy