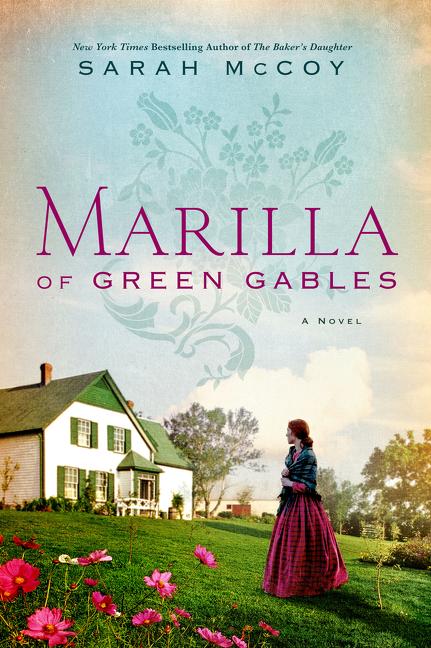 The beloved Anne of Green Gables gets a prequel in this novel that follows character Marilla Cuthbert, here a 13-year-old who takes on the responsibility of a farm wife after the death of her mother and, later, the larger political cause of abolition.

What The Reviewers Say
Positive HOLLY COLLIER WILLMARTH,
Minneapolis Star Tribune
Sarah McCoy (with humility and research, both spelled out in her endnotes) invites us back to Avonlea, to imagine a different girl's story, one of wrenching loss, abolitionist work, and romantic discord ... The novel is an imaginative gift to fans of the [Anne Shirley], with nothing outlandish to alienate those who loved them. Should readers quibble with each other over whether the characters created by Montgomery match those by McCoy, I suspect they would enjoy a lively book-club chat...
Read Full Review >>
Positive Shelley M. Diaz,
Library Journal
Echoes of the 'Anne' books include references to old rivalries and friendships, but newcomers won't feel lost. The setting comes alive with every delicious meal, death-defying sickness, and richly described landscapes that would do Montgomery proud. There are some missteps as the author tries to present the Cuthberts as accepting of non-white people, but the enlightenment of the title character at the cost of fully realized secondary characters of color mars that aim. However, the interracial relationship featured in later chapters does feel authentic the plot development ... The bittersweet romance and family drama will engage fans of Green Gables and enchant historical fiction readers.
Read Full Review >>
Positive Biz Hyzy,
Booklist
Anne aficionados will get a kick out of seeing Avonlea’s eccentric cast in their youth ... McCoy captures the magic of Prince Edward Island, describing the changing seasons in lovely prose. Hard-core fans might not agree with all of McCoy’s creative choices, but they will appreciate the way she reexamines characters they thought they knew so well.
Read Full Review >>
See All Reviews >>
SIMILAR BOOKS
Fantasy

The Falcon's Eyes
Francesca Stanfill
Positive
What did you think of Marilla of Green Gables?
© LitHub | Privacy