Man of My Time 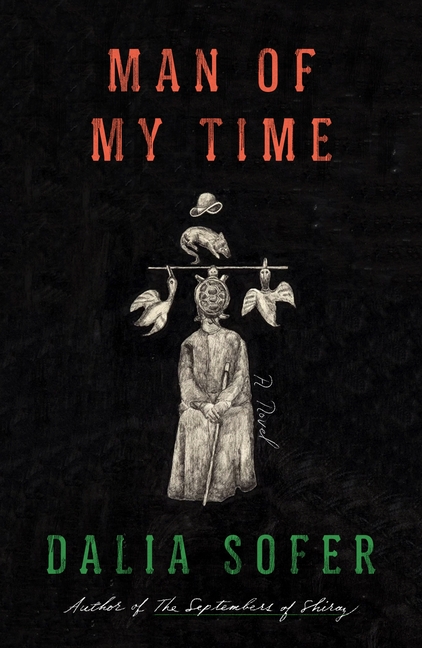 From the bestselling author of The Septembers of Shiraz, the story of an Iranian man reckoning with his capacity for love and evil.

What The Reviewers Say
Rave Philip K. Jason,
Washington Independent Review of Books
... absorbing ... Sofer, with great insight and urgency, depicts Iran—especially its capital city, Tehran—during a time of political and cultural transformation, which took that country’s people in multiple directions. She soaks us in the aftermath of its 1978 revolution, including what led up to it and what followed ... The glory of Man of My Time is in the author’s ability to project a range of possibilities—causes and outcomes—and bring them alive through her glistening prose and deep humanity.
Read Full Review >>
Rave Lawrence Rungren,
Library Journal
Through the pain of Hamid’s alienation, Sofer, an Iranian-born Jew who grew up in the United States, has created a memorable and difficult character who can be seen as embodying the spiritual distress of Iran since the 1978 revolution. A powerful, complex, and profoundly anguished novel made more relevant by current tensions.
Read Full Review >>
Positive Elsbeth Lindner,
Book Oxygen
... darkly gripping ... Deserted by his wife and daughter, partly at his own encouragement, Hamid is a living breathing ghost or even ghoul, as is glimpsed by his erudite father in a late dream, a vision of a sculpture scarred, blinded and encrusted. It’s to Sofer’s considerable credit that she nevertheless renders Hamid’s voice and his narration so compelling. Perhaps the political box in which he finds himself is locked a little too neatly, perhaps his tone becomes too oppressive in the novel’s later pages, perhaps the novel’s middle section overstates. Nevertheless this is an ambitious, elegant story of metamorphosis, of a slow descent to ‘a constellation of heartbreak…for the betrayal, the love, the destruction' ... Restrained, precise, ineluctable, this is a fable for our anguished era.
Read Full Review >>
See All Reviews >>
SIMILAR BOOKS
Fiction

All the Broken Places
John Boyne
Mixed
What did you think of Man of My Time?
© LitHub | Privacy