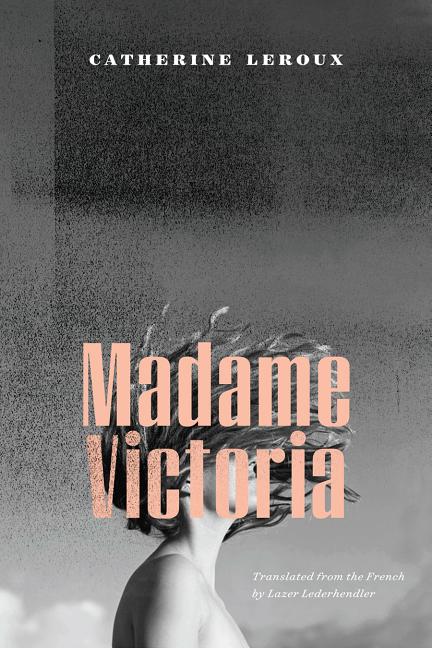 In 2001, a woman’s skeleton was found in the woods overlooking Montreal’s Royal Victoria Hospital. Assigned the name Madame Victoria, her remains were placed in a box in an evidence room and, eventually, forgotten. But not by Catherine Leroux, who constructs in her form-bending Madame Victoria twelve different histories for the unknown woman.

What The Reviewers Say
Rave Quill and Quire
Brimming with the fantastic and strange ...Leroux is a fearless writer who invokes fable with sure-footed confidence ... A number of the Victorias are defined as arrows pointing north. North to what isn’t exactly clear, but that’s part of the magic – we don’t know what the sum of things might be, but the pieces are so lovingly and carefully arranged it doesn’t matter ... packs a star’s density of rage and love into its pages, a delicate and unflinching look at the impossibilities of womanhood that is nothing short of incandescent. A testament to the power of fable and myth, Madame Victoria is a triumphant feat of storytelling.
Read Full Review >>
Positive Susan Waggoner,
Foreword Reviews
Imaginative, haunting, and insightful ... Plausible realities deftly portray the interior lives and unspoken tragedies of ordinary women. Succinct, piercing insights are scattered along the trails of each story; they are a pleasure. A fine translation by Lazer Lederhendler preserves the distinct flavor of the book’s Canadian French ... Absorbing and often poignant, Madame Victoria is an achievement, both as a mystery about the missing identity of one woman and in its portrayal of women’s lives more broadly.
Read Full Review >>
Positive Ian McGillis,
The Montreal Gazette
A powerful tribute to forgotten women ... [Madame Victoria] confirms the 39-year-old Montrealer as one of Canada’s best and most adventurous writers.
Read Full Review >>
See All Reviews >>
What did you think of Madame Victoria?
© LitHub | Privacy