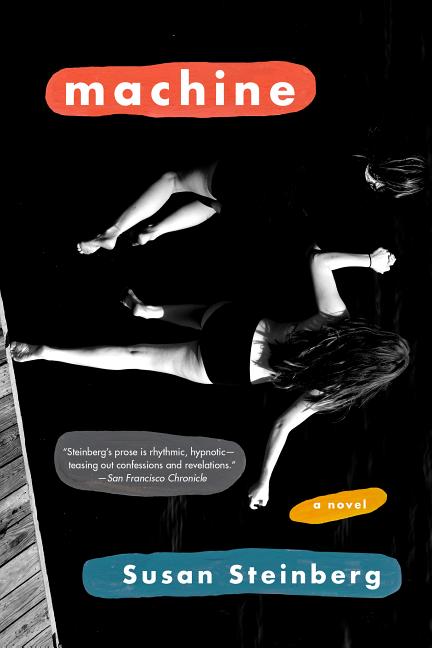 The unnamed protagonist is a fierce and frustrated teenage girl, who relishes time spent underneath her older brother’s hot friends, and hot nights on the boardwalk with a pill dissolved in her soda. She and her comrades harbor a dangerous truth: what happened to the beautiful girl who drowned that night at the Jetty.

What The Reviewers Say
Rave Ann Hulbert,
The Atlantic
Her slim narrative of adolescent crisis is as propulsive as it is disorienting, subverting expectations at every turn ... from the start, Steinberg’s daring experiments with style and perspective make clear that...stock suspense isn’t the point. The narrator’s real quest is to discover whether a soul—hers, if it exists—can be saved ... her voice is by turns incantatory, meditative, vengeful—lyrical yet bitter. Summer uplift, this is not: The epiphany she fears is that the soul is just 'some scared thing that leaves the body when the body needs it most.'
Read Full Review >>
Positive Kathleen Rooney,
The Star Tribune
...stylish and innovative ... Speaking sometimes in first person plural...and other times in first person singular, the narration builds a dreamlike atmosphere of repetition and variation, desire and obsession.The semicolon is one of the most sophisticated yet poorly understood pieces of punctuation. Used to link two independent but related clauses, the semicolon allows for a distinctive complexity in a sentence’s meaning and rhythm. A prolific and graceful user of this oft-avoided punctuation mark, Steinberg employs it to lyrical and layered effect ... Steinberg has a BFA in painting, and visually she employs ample white space, line breaks and fragments intermixed with more typically formatted prose. The resulting short statements stab straight to the existential revelations of growing up.
Read Full Review >>
Positive Andrew Schenker,
Los Angeles Review of Books
Unfolding as 14 linked stories, the book comes at its central narrative...from an appealingly diverse range of perspectives ... some of the stories plunge forward in a dizzyingly headlong block of prose, individual clauses separated by semicolons. Some take a more leisurely pace, with single sentences often forming whole paragraphs. Still others fall halfway in between, the tension between motion and stasis giving the story its charge. But whatever the specific style, the chief feature of Steinberg’s prose is repetition ... The effect of this is...to create a sense of endlessness in the lives of its characters. Life doesn’t conclude, it rarely moves forward; it just tends to repeat ... everyone in Steinberg’s books is acting out one role or another, a state of affairs that generally leads to much unhappiness for them and everyone they interact with. The narrator plays the girl when she interacts with the guys at the shore (even as she longs to play—and sometimes does play—the guy), and she plays the rich girl when she interacts with the locals (even as she occasionally resists). It’s not easy to get away from these assigned roles, but in doing so lies our only chance at a tentative freedom, our only chance of obtaining that much-sought-after thing, which Steinberg’s characters so rarely obtain, that elusive shred of holy.'
Read Full Review >>
See All Reviews >>
SIMILAR BOOKS
Fiction

Goodnight Beautiful
Aimee Molloy
Rave
What did you think of Machine?
© LitHub | Privacy