Love Is an Ex-Country 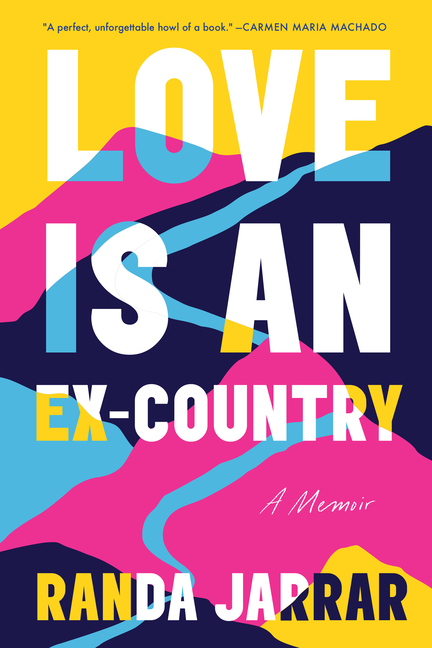 Queer. Muslim. Arab American. A proudly Fat woman. Randa Jarrar is all of these things. In this memoir of a cross-country road trip, she explores how to claim joy in an unraveling and hostile America.

What The Reviewers Say
Positive Yvonne C. Garrett,
The Brooklyn Rail
In Jarrar’s new book (a memoir), Trump’s rise to power is an undercurrent as, in over more than 200 pages, across decades, time zones, and borders, Jarrar explores what it is to live as an American who is also Palestinian, a woman, and a woman of a certain size who also self-defines as queer. We can all learn a lot from Jarrar: about racism, privilege, oppression, fat-phobia, sexual violence, and the way this country (and others) treats women. Trump has shown himself to be the monster many of us already knew he was, but he is not the only monster. Jarrar is unsparing in her critique of her ex-husbands, her father, and the systems of power that create and enable violent men ... In the first chapter, Jarrar states that she wants 'to commune with the land I lived on' and “'o look at the place that might elect a person like Trump.' This is not that book: it is not an American road memoir, but it is something much more personal ... Jarrar does not focus just on the broader political narrative; she also presents a deeply personal series of narratives on her own history and her relationship with her body. It is a courageously political act for any woman—especially a woman of color—to openly write about her body, the violence done to it, and how she heals. A central thread that holds this memoir together is the idea of memory, perhaps an obvious statement, but Jarrar stresses that America is an amnesiac country ... There are missed moments here, but this isn’t the book she claims she’s writing in the first chapter. This isn’t a road trip memoir: Jarrar doesn’t explore the map of this country but instead the map of her own body, her relationship with it, and how she/it moves through the world. It is a book of personal exploration and, ultimately, redemption and healing.
Read Full Review >>
Positive Jordan Kisner,
The New York Times Book Review
Jarrar is a propulsive writer, and the pieces amassed here are chaotic and exuberant, defiant and introspective, carnal and somewhat uneven ... Some essays retell events we’ve already read as if for the first time; some end with disorienting abruptness; some just drift off. Together, their effect is impressionistic but forceful, retracing the biography of a body whose identity and dignity have often been contested: Palestinian, fat, desirous and desired, once a site of violence and grief, now a site of pleasure and pride ... This book traces a growing refusal to be controlled by anyone other than herself.
Read Full Review >>
Positive Courtney Eathorne,
Booklist
In this cutting and triumphant memoir-in-essays, Jarrar lays bare her continuing fight for validation and love in a world unused to celebrating people that look and think like her ... The memoir itself traverses the globe from Texas to Connecticut to the Middle East to Berlin, with Jarrar’s grit and intelligence leaping off every page. The entire book is a symphony for the pushed-out and the unheard.
Read Full Review >>
See All Reviews >>
SIMILAR BOOKS
Essays 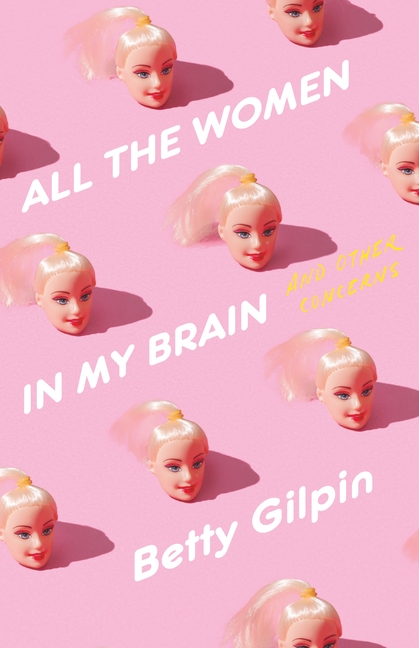 All the Women in My Brain: And Other Concerns
Betty Gilpin
Positive
Criticism

The Man Who Could Move Clouds: A Memoir
Ingrid Rojas Contreras
Rave
Essays

The Crane Wife: A Memoir in Essays
CJ Hauser
Positive
What did you think of Love Is an Ex-Country?
© LitHub | Privacy