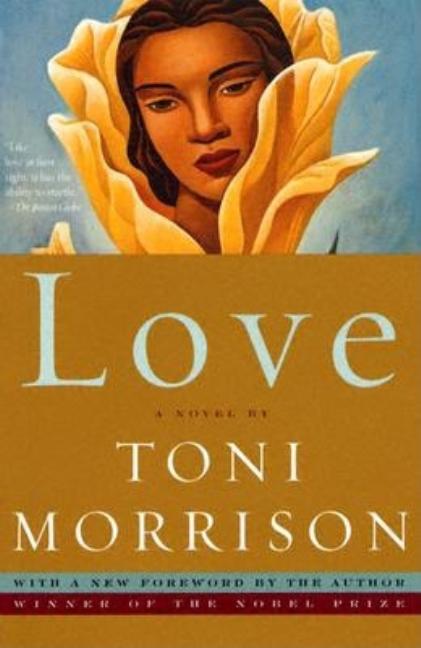 From the Nobel laureate comes a richly conceived novel that illuminates the full spectrum of desire. May, Christine, Heed, Junior, Vida–even L: all women obsessed with Bill Cosey. The wealthy owner of the famous Cosey’s Hotel and Resort, he shapes their yearnings for father, husband, lover, guardian, and friend—yearnings that dominate the lives of these women long after his death.

What The Reviewers Say
Rave Elaine Showalter,
The Guardian (UK)
Love is a disarmingly compact, unpompous book, less in love with the sound of its own metaphors than Morrison's last novel, Paradise (1998), and full of quirky, perverse characters and provocative, unfashionable ideas ... On to this relatively familiar setting, Morrison layers a lurid and intricate family history, and braids the cultural background with stories of love and hate in a narrative style influenced by García Márquez and Faulkner ... Morrison's imaginative range of identification is narrower by choice; although she would no doubt argue - and rightly - that African-American characters can speak for all humanity. But in Love, they do not; they are stubbornly bound by their own culture; and thus, while Love is certainly an accomplished novel, its perfection comes from its limitation.
Read Full Review >>
Rave Laura Miller,
The New York Times
Like all of Morrison's best fiction, this is a village novel. Race and racism, ancillary concerns in Love for the most part, throw the small groups she writes about back upon one another, steeping their passions. Even when the setting is contemporary, Morrison's books feel old-fashioned, set in a world where the perpetual distraction of the media hasn't diluted people's fascination with their neighbors ... What the middle-class blacks in Morrison's fiction gain in order, stability and mutual support -- no small blessing in a hostile, white-run world -- they lose in vitality, in wildness and perhaps in truth ... When passion is at its most extreme, Morrison suggests, its workings can be indistinguishable from those of ordinary heartlessness.
Read Full Review >>
Rave Keith Phipps,
AV Club
Keeping the mystery but losing the murk of her last novel, 1998's Paradise, Morrison reveals Cosey's story one detail at a time, alternating perspectives among those who knew him–people who, for all his contradictions and disappointments, invariably tend to have loved him, as well. The world he created is both a starting point and a final destination for Morrison's intimately drawn characters ... while they can't choose the past from which they've emerged, Morrison offers them one clear choice: Make peace with what's come before, or remain forever haunted.
Read Full Review >>
See All Reviews >>
SIMILAR BOOKS
Fiction

Vladimir
Julia May Jonas
Rave
What did you think of Love?
© LitHub | Privacy